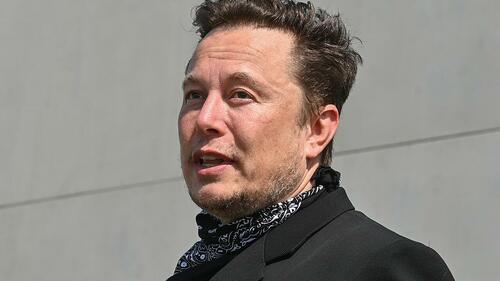 Elon Musk has publicly expressed alarm over his name and profile appears to have been added to a well-known Ukrainian ‘kill list’, following controversy and outrage from Kiev over his prior “Russia-Ukraine peace poll” and subsequent threats to cut funding for Starlink satellite internet services deployed in the country.

On Friday, the billionaire SpaceX founder responded directly to a viral tweet by independent journalist Eva Bartlett which claimed “Musk added to Ukraine’s Myrotvorets kill list (which includes 327 children!),” in which he asked her “is this list real?“

Musk later appeared to answer is own question in the affirmative, tweeting out a link to the ‘kill list’ website’s Wikipedia page. The website within recent weeks fell into the spotlight after Pink Floyd’s Roger Waters highlighted his own inclusion on the list. 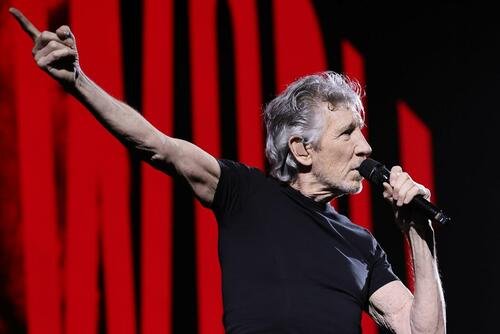 In the case of Waters, Louder Sound writes;

The ‘list’ that Waters is referring to is stored on the NSFW website Myrotvorets (‘Peacemaker’), which, in addition to posting graphic photos of dead Russian soldiers, allegedly features around 187,000 names of people critical of the Ukrainian government, alongside their home address, phone numbers and contact details. The left-wing UK website The Canary actually identified Waters’ name on the list in an article published in May, stating that the musician was on the database as he is accused of “Anti-Ukrainian propaganda. An attempt on the territorial integrity of Ukraine. Participation in attempts to legalize the annexation of Crimea by Russia.”

Newsweek, meanwhile, in attempting to identify and verify the Ukrainian website suggested that it is independently-run, but at the same time kept open the question of whether it has direct links to the Ukrainian government:

As various media reports on Mirotvorets note, it is an NGO that keeps an open-sourced database of persons that it deems to have promoted anti-Ukrainian narratives or acted to destabilize Ukraine’s national security. Since the start of the war, it also keeps count of the Russian soldiers and agents killed on its territory.

It was founded by a Ukrainian politician and activist Heorhiy/Georgiy Tuka. It has also been closely linked to politician Anton Gerashchenko, whom The Times of London in a recent interview referred to as a co-founder of the project.

According to Rolling Stone, “There is a list maintained by a far-right Ukrainian organization that contains hundreds of thousands of enemies of Ukraine, from alleged members of the Wagner private military company to journalists accused of cooperating with puppet governments in the Donbas region. The site, which has been roundly internationally condemned — but not taken down by the Ukrainian government itself — claims not to be a kill list but rather “information for law enforcement authorities and special services.“

Newsweek highlighted that in some instances names of Ukrainians that had their names and addressed published as “collaborators” were hunted down and prosecuted, and that some turned up dead.

The Mirotvorets list has no official standing in Ukraine, though Al Jazeera, citing the rights group Uspishna Varta, reported that it had been used as evidence in more than 100 court cases against those suspected of involvement with pro-Russian paramilitaries.

Al Jazeera reported that the attacks took place just days after Mirotvorets published personal details, including addresses, about the two men, but no direct link has been found or proven in court. -Newsweek

And according to Mirotvorets’ Wikipedia page, the site does maintain an “enemies of Ukraine” list, and has even come under censure from Western allies of Kiev, who find it somewhat of an uncomfortable embarrassment.

“The site has remained open despite repeated requests from the UN, G7 ambassadors, the EU and human rights groups to close it down, and although it has no official status, it acts to supplement government databases at checkpoints,” the Wikipedia page which Musk refers to cites.

"…a screenshot from the Ukrainian site Myrotvorets, where the photo of Daria Dugina is crossed out and it says “liquidated”.
"They are openly flaunting her murder," the Russian envoy said."https://t.co/6CkLrIehAz pic.twitter.com/3kyxxyDfVr

Eva Bartlett herself, the journalist and pundit that Musk interacted with on Twitter, is reported to be on the kill list.

Screenshot of “liquidated persons” on the Myrotvorets site… names that appear were accused of publicly supporting Russia or of being “anti-Ukrainian”, or being collaborators with the occupying Russian army. 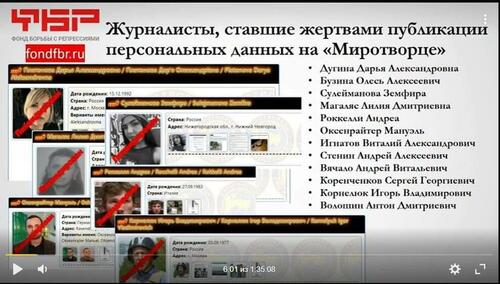 While a screenshot of Musk profile on the kill list is now being widely circulated, his name may have only briefly appeared on the website, reportedly having been taken down quickly after it became focus of attention on social media.