With auto stocks kicking off a slew of earnings reports this upcoming week, Morgan Stanley’s Adam Jonas was out with a note on Friday explaining why he thinks that estimates for 2023 all must come down “significantly”.

As Bloomberg noted in a wrap-up last week, “demand destruction, declining used-car prices, higher rates and a long tail of other challenges, including supply and labor shortages” are all reasons that Jonas is pessimistic on estimates for the upcoming year.

He thinks that “half of the companies in the space could warn with 3Q results, while the other half are likely to wait for 4Q”.

In the U.S., Jonas updated his take on Lucid, stating that the carmaker “delivered nearly 1,400 units in 3Q (MS est 1,500) and reiterated its FY production guide of 6 to 7k units. While we forecast several billion $ of new capital needs at the company in FY23 and FY24, we assume they will be able to source sufficient funds to continue innovating and growing.”

Commenting on Carvana, Jonas wrote: “Following KMX’s weak fiscal 2Q and continue Manheim weakness, we have lowered our CVNA numbers to allow for continued weakness in the retail and wholesale used car market.3Q results will be important to determine the timing and magnitude of future potential equity dilution.”

Recall, about 10 days ago, Jonas raised its rating on Ford to overweight. The Ford upgrade was “based on valuation and [Jonas’] preference for Ford over equal-weight-rated General Motors,” Bloomberg reported on October 5.

“We think it’s time for investors to accept that, while there may be some degree of optionality to the EV market, the direction of forecasts for GM and Ford is very much tied to what remains of the useful life of the ICE product range,” Jonas wrote.

In China, Jonas asks whether or not demand will catch back up to supply soon: “September’s wholesale sales rebounded +9.7% MoM from August’s low base while retail sales edged up +2.8% MoM amid strict Covid controls, resulting in rising inventory at channel. NEV wholesale penetration was hovering at a record level of 29%, with strength coming from PHEV.”

He continued on China: “Store traffic improved sequentially in September, but order intake was somewhat suppressed as consumers awaited the new models. On the bright side, orders gradually picked up along with the model arrival/kick-start of test-drive in major cities, with the rest of the nation to follow.”

Recall, back in August, Jonas wrote about Tesla, apparently completely rhetorical question of: “Do Investors Appreciate the Tesla China Risks?”. At the time, he wrote: “House Speaker Pelosi’s visit to Taipei casts the global battery race into a new light” and that the “race for global EV battery dominance goes hand-in-hand with geopolitics and national security. Tesla is highly exposed to both the risk and the opportunity.” 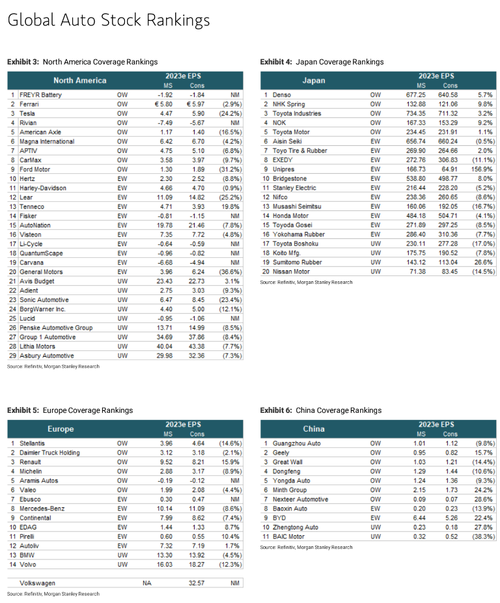