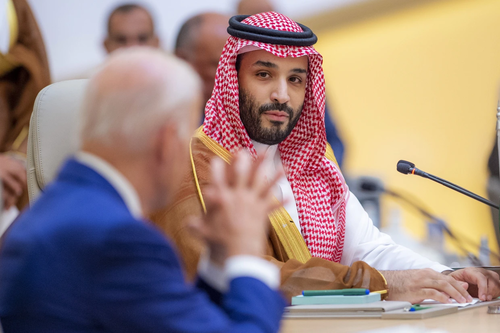 SPA stated of the call, “The crown prince expressed the kingdom’s readiness to continue efforts of mediation and support everything that contributes to de-escalation,” in reference to the over seven-month long invasion of Ukraine.

The timing of the new aid is raising eyebrows at a moment there are growing calls in US Congress to freeze all new military arms and equipment sales to Riyadh, and after the White House just days ago confirmed President Biden will re-evaluate ties with Saudi Arabia.

“We are reviewing where we are; we’ll be watching very closely, talking to partners and stakeholders,” State Department spokesman Ned Price price said Tuesday, following the Saudis having led the way in getting major oil producers to cut petroleum output, crucially also ahead of mid-term elections in the US.

As reported previously by Al Jazeera of Price’s press briefing:

He added that President Joe Biden had previously spoken of the need to “recalibrate” ties with Saudi Arabia to better serve the US – a position that Price said was underscored by the recently announced oil cuts.

Price went so far as to charge the OPEC is essentially supporting Russia’s aggression in Ukraine “against the interests of the American people” in this latest move. 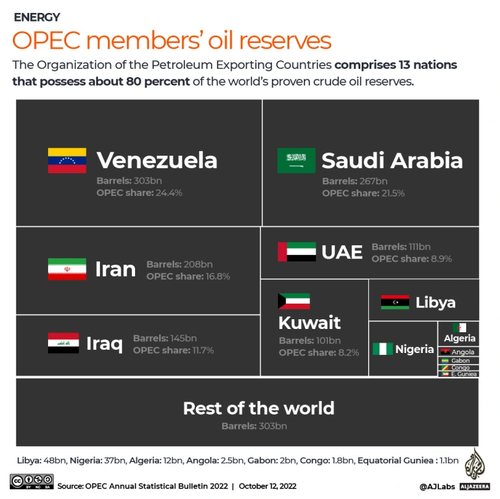 Currently Senator Chris Murphy and Rep. Ro Khanna are leading a Congressional move to get advanced anti-air missile systems which the Pentagon has stationed in Saudi Arabia removed and transferred to Ukraine.

Murphy announced in a Thursday statement, “For several years, the US military has deployed Patriot missile defense batteries to Saudi Arabia to help defend oil infrastructure against missile and drone attacks. These advanced air and missile defense systems should be re-deployed to bolster the defenses of eastern flank NATO allies like Poland and Romania — or transferred to our Ukrainian partners.”

Saudi Prince Saud al-Shaalan, close relative of MBS, said this following Democrats’ criticism of their oil price hike: “Anybody that challenges the existence of this country and this kingdom, all of us we are projects of jihad and martyrdom.”
pic.twitter.com/3nXXnE6lZ4

As a member of the Senate Foreign Relations Committee, Murphy also lent his voice to ongoing calls to “freeze new military aid to Saudi Arabia” – which would possibly impact the pending sale and transfer of Advanced Medium Range Air-to-Air Missiles (AMRAAM) to Riyadh based on a previously approved contract of $650 million