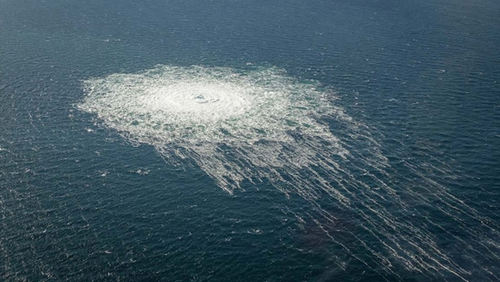 Sweden has refused to join a joint international investigation into the recent attack on the Russian-owned Nord Stream 1 and 2 pipelines, citing national security concerns.

According to Mats Ljungqvist, the Swedish prosecutor involved in the country’s criminal investigation of the leaks in the Swedish economic zone, the country will not join a Eurojust Joint Investigation Team, which would require them to share their findings with Germany and Denmark.

Sweden notably reported the detection of underwater explosions on Sept. 26, shortly after which large patches of roiling gas could be seen on the surface in the same area. Nearly two weeks later, Sweden’s domestic security agency said their initial investigation into the explosions had “strengthened the suspicions of serious sabotage.”

On Friday, Germany’s interior ministry said that the German Federal Police had completed their part of the investigation and turned in their findings.

Sweden’s concerns over joining the team – which typically take 12-24 months to investigate – is “directly linked to national security,” according to Ljungqvist in a statement to Reuters.

Ljungqvist’s remarks come after German news website Der Spiegel reported a similar situation, citing unnamed German security sources. It said that Sweden had rejected the idea of sharing information it uncovered from its probe into the Nord Stream leaks with Germany and Denmark, saying that “the confidentiality level of the results of its investigation was too high to share them with other states.”

Ljungqvist noted that outside of the proposed formal investigation team, Sweden had otherwise been cooperating with Denmark and Germany in investigating the Nord Stream leak. –The Epoch Times

Days earlier, Sweden said they weren’t willing to share information with Russia regarding their investigation.

“In Sweden there is secrecy around preliminary investigation and that also applies in this case,” said outgoing PM Magdalena Andersson in an Oct. 11 statement to AP.

Swedish Security Services spokesperson said they are working with ‘other authorities,’ including internationally, as part of their own investigation.

The fourth leak, off southern Sweden, was reported by the Swedish coast guard on Sept. 29. The earlier three leaks were reported on Sept. 26. Nord Stream AG, the operator of the network, issued a statement that flagged the close timing of the three leaks. It told reporters: “The destruction that occurred on the same day simultaneously on three strings of the offshore gas pipelines of the Nord Stream system is unprecedented.”

Prior to reports about the three leaks, explosions were recorded along the Nord Stream pipelines. A first explosion was recorded by seismologists early Monday southeast of the Danish island of Bornholm. A second, stronger blast northeast of the island that night was equivalent to a magnitude-2.3 earthquake. Seismic stations in Denmark, Norway, and Finland also registered the explosions.

Chief of Russia’s Foreign Intelligence Service told the Russian TASS news agency on Friday that they have intelligence data on sabotage at the two pipelines, but did not elaborate.

Nord Stream 1 had been the main source of Russian gas to Europe until late Aug. 19, when Russian state-owned oil and gas firm Gazprom shut off the gas for maintenance. In early September, Gazprom announced it had abandoned plans to restart gas flows through the pipeline to Germany indefinitely, saying that an oil leak in a critical turbine was not yet fixed. Russia has blamed international sanctions over the war in Ukraine for deterring the pipeline’s routine maintenance.

Meanwhile, Nord Stream 2 never came into operation. Germany in February halted the certification of the gas pipeline shortly prior to Russia’s invasion of Ukraine. At the time, German Chancellor Olaf Scholz said the refusal to certify the pipeline was in response to Russian President Vladimir Putin’s recognition of the independence of two Russian-backed breakaway regions in eastern Ukraine.