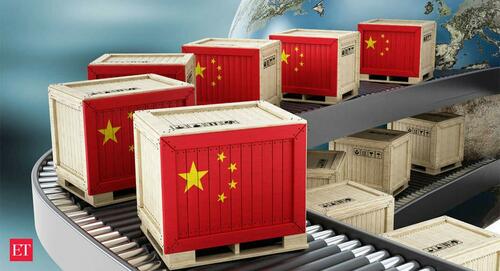 The world’s second largest economy announced overnight – with no explanation – that is will be indefinitely delaying the release of a slew of economic data including the much-anticipated GDP growth data that has occurred during a period when the much-vaunted Zero-COVID policy has dominated Chinese life.

“I’ve not come across before a situation where a whole raft of statistical reporting has just been postponed, in nearly half a century of monitoring data releases — not even in times of pestilence and conflict,” said George Magnus, a former chief economist of UBS who is now an associate at the China Center at Oxford University.

The timing is interesting since it comes as as the country’s ruling elite has gathered in Beijing for the twice-a-decade national congress of the Communist Party, and the expected miss (+3.4% expected vs +5.5% plan) of the party’s planned growth targets would have been embarrassing for the party, coming just two days after newly re-crowned Chinese leader Xi Jinping gave a rousing and confident address at the opening of the week-long 20th Communist Party Congress.

The unexplained delay is all the more surprising because Zhao Chenxin, the deputy director of the National Development and Reform Commission, had taken an upbeat tone about the Chinese economy during a news conference on Monday morning at the media center of the party congress.

“Judging from the current situation, the economy rebounded significantly in the third quarter — from a global perspective, China’s economic performance is still outstanding,” he said.

Another agency, the General Administration of Customs, had separately failed last Friday to follow its own previously issued schedule for the release of export and import statistics for September. The release of those numbers has also been delayed indefinitely.

Mr. Zhao said on Monday morning that because of the government’s pandemic policies and emphasis on economic development, “China’s economic stabilization and improvement will be further consolidated.”

AsiaFinancial reports that a person answering the telephone in the media office at the National Bureau of Statistics (NBS) said the change was “due to adjustment to work arrangements” but gave no further details. 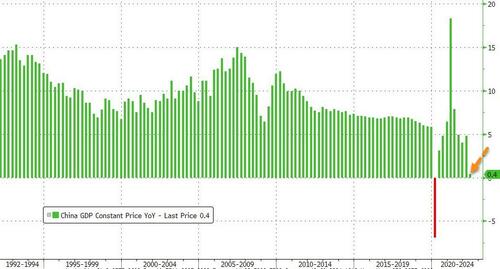 To illustrate just how dire things look, QZ reports that Robin Brooks, chief economist at the Institute of International Finance, recently made a quick calculation: if China manages zero GDP growth in its third and fourth quarters, it would be in some economically unenviable company; only Russia, Sri Lanka, and Ukraine would have seen weaker annual growth for 2022.