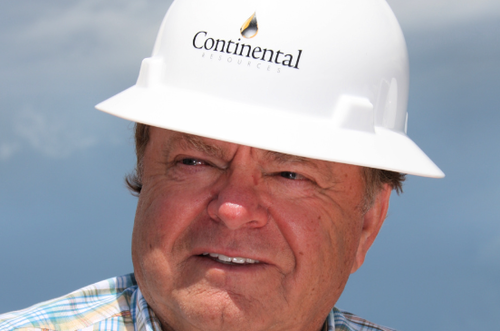 In what we’re sure won’t be the last oil and gas acquisition deal over the next few quarters, Continental Resources founder Harold G. Hamm is going to be acquiring the company for $26.96 billion, according to multiple reports Monday morning.

The consideration amounts to $74.28 per share. Continental shares spiked Monday in the pre-market session on the news. The acquisition price will include $0.28 “in lieu of Continental’s anticipated dividend for the third quarter of 2022”, Bloomberg reported.

Continental shares were up about 8% on the news Monday morning.

Continental Resources, Inc. today announced that it has entered into an Agreement and Plan of Merger with Omega Acquisition, Inc., an Oklahoma corporation, an entity that is owned by Continental’s founder, Harold G. Hamm.

It marks a 15% premium to the stock’s closing price of $64.50 on June 13, 2022, the day before Hamm’s family made its initial offer for the company. There is no financing condition to the deal, Bloomberg noted.

The acquisition is going to be financed using cash on hand and borrowings that are already available via a revolver. Hamm will also enter into a new term loan facility to help close the financing for the deal, the report says.

Hamm sits on the board of Continental and already owns about 83% of the company’s common stock with his family. Continental’s board acted “on the unanimous recommendation of a special committee consisting solely of independent and disinterested directors”, the press release says.

Advisors for the deal include Intrepid Partners, LLC for the Hamm family and Evercore for the company.