We Are In A QE “Doom Loop” And The Money Is Now Broken: Lawrence Lepard 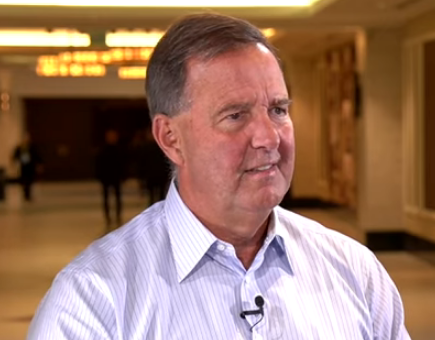 This weekend I had the great pleasure of interviewing my friend, and fellow Central Bank skeptic, Larry Lepard.

Larry manages the EMA GARP Fund, a Boston based investment management firm. Their strategy is focused on providing “Monetary Debasement Insurance”. He has 38 years experience and an MBA from Harvard Business School. On Twitter he is @LawrenceLepard Managing Partner and, via email, he is llepard@ema2.com

First, I asked Larry about recent criticisms of us being Austrian economists and sometimes being referred to as “doomsday sayers” or “permabears”.

We explore the idea of running a gold fund in order to drum up panic and sell gold, versus people who just think the monetary system is screwed up to begin with and then wind up going into the gold industry.

“I obviously am self-interested in gold doing better. Having saving that, I’m an analyst and I call them like I see them, and I like with my mistakes. My strong belief is that I’m trying to communicate a need for why the money is broken, and why we need to fix the money to fix the system. To me, it’s even more than what my fund does,” he tells me.

“Fiat has ruined price discovery, and as a result of that we’re all going to suffer.”

We also talked about what we both believe to be are profound failures in monetary policy. We discussed recent improprieties by Fed officials and members of Congress, as well as how the circle of government officials, Fed officials, bankers and high net worth individuals sustains itself.

Get 50% off: If you enjoy this article, would like to support my work and have the means, I would love to have you as a subscriber and can offer you 50% off for life: Get 50% off forever

Larry also opined about the “debt doom” that is taking place globally.

“Within 3 years a lot of our debt rolls. We’re at $1.2 trillion more in interest owned annually than we were. They need to issue bonds to finance that. You can’t sell more bonds in a market where yields are spiking. It’s a doom loop,” he says.

We also tried to gauge exactly how overvalued the stock market is now and discussed discussed what sectors we both think are still underpriced.

“There might be case for buying 1 or 2 year bonds. I wouldn’t buy a 30 year at 4%. The odds of continued debasement are high. I would argue for cash, gold coins, silver coins and bitcoin,” Larry says. “And for stocks that are in commodity related businesses.”

“I have high quality companies in my portfolio that are trading at 3-5x EBITDA that are yielding 4%,” he says of some of hold gold mining stocks. “[Gold mining stocks] have been thrown out for dead.”

We talked about the mining space and the energy space, specifically, and how undervalued we think some names in each sector still is.

Finally, we talked about Larry’s prediction that bitcoin could go to $2 million within five years. He laid out his short and long-term case for bitcoin and the role that he thinks it is going to play for money going forward.

“Lightning changes the entire game. It’s impossible to track and makes it completely anonymous,” he says arguing for bitcoin. “Gary Gensler admits that it’s a commodity. It’s too late to stop it. The horse is out of the barn now,” he says.

You can read this full interview here and listen to the entire podcast below:

QTR’s Disclaimer: I am an idiot and often get things wrong and lose money. I may own or transact in any names mentioned in this piece at any time without warning. This is not a recommendation to buy or sell any stocks or securities, just my opinions. I often lose money on positions I trade/invest in. I may add any name mentioned in this article and sell any name mentioned in this piece at any time, without further warning. None of this is a solicitation to buy or sell securities. These positions can change immediately as soon as I publish this, with or without notice. You are on your own. Do not make decisions based on my blog. I exist on the fringe. The publisher does not guarantee the accuracy or completeness of the information provided in this page. These are not the opinions of any of my employers, partners, or associates. I did my best to be honest about my disclosures but can’t guarantee I am right; I write these posts after a couple beers sometimes. Also, I just straight up get shit wrong a lot. I mention it twice because it’s that important.