Peter Schiff: The Fed Is Going To Have To Choose 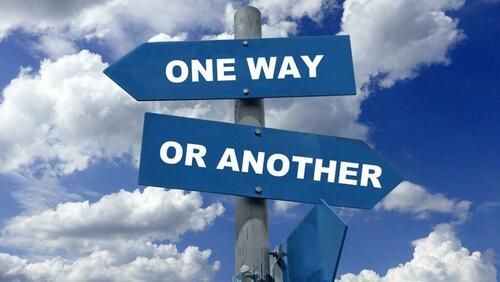 The Federal Reserve is between a rock and a hard place, and it’s going to have to make a hard choice – inflation or economic implosion. Peter Schiff talked about it on his podcast.

Peter said we are very close to another financial crisis and it could be worse than in 2008.

2008 was all about too much debt and the inability to pay. Well, we’ve got a lot more debt now, and we’re even less able to pay. The only thing that kept it going was the artificially low interest rates.”

The national debt has spiraled above $31 trillion. But of course, the federal government is alone. State and local governments are buried in debt. Corporations are levered to the hilt. And consumer debt is at record levels.

So, if the debt wasn’t a problem because it was so cheap to finance it, well, it’s a huge problem now when the cost is 16-times higher.”

Other countries are already wrestling with the impact of rising interest rates. The Bank of England was forced to surrender and launch a quantitative easing program to rescue its pension system and the country’s bond market.

Peter reminded the audience that in 2018, the Fed was all about monetary tightening until the economy started to unravel and the stock market crashed. At that point, it pivoted back to rate cuts and QE (that they refused to call QE) – even before the pandemic. At that point, the Fed’s balance sheet was only at $4 trillion. Now it is closer to $9 trillion.

If the Fed really couldn’t get interest rates above 2.5% back then — it’s already got them above that now…”

Peter said he thinks the markets are starting to question the narrative, but they still haven’t figured out that the Fed is stuck between a giant rock and a hard place.

Of course, if the central bank chooses inflation, we’re still going to have an implosion because we’ll ultimately end up with stagflation. It will just happen later.

That’s good enough for the politicians. All they care about is that it doesn’t happen now.”

There’s only one way to legitimately fight inflation. They have to raise interest rates above the rate of inflation so real interest rates are positive. Right now, real rates are at -5%, Meanwhile, the US government has to make massive spending cuts.

That’s not happening. So, that brings us back to the choice.

The reason the Fed is going to pick inflation is because that happens later. And, as we’ve seen, they can come up with a scapegoat — blame inflation on somebody else. They never accept responsibility for the inflation they create. So, if the Fed keeps hiking rates and everything implodes, well, hey, we did that to ourselves. If prices run out of control, we can blame OPEC. After all, they just cut production for oil. We could blame Putin. We could blame greedy corporations. We could blame capitalism, speculators. I mean, maybe they’ll even try to blame me. Who knows?!”