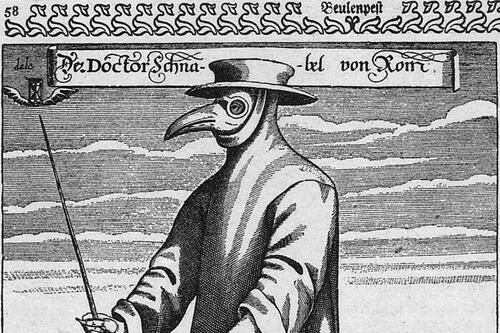 The Black Death was one of the world’s largest mortality events ever, wiping out 30-60% of the global population as it swept through North Africa, Europe, and Asia 700 years ago.

Newly published research in the medical journal Nature reveals the ancient dead had a secret. DNA samples from victims and survivors of the bacterium Yersinia pestis, also known as the bubonic plague, had distinct genetic differences that helped some survive while others succumbed to death.

Those genetic differences likely altered the evolution of the human genome, as survivors of the plague passed on genes that once helped them survive the awful plague pathogen to offspring and are now linked to a greater chance of autoimmune diseases such as Crohn’s and rheumatoid arthritis today.

“We are the descendants of those that survived past pandemics … and understanding the evolutionary mechanisms that contributed to our survival is not only important from a scientific viewpoint, but can also inform on the mechanisms and genetic determinants of present-day susceptibility to disease,” study coauthor Luis Barreiro, a professor of genetic medicine at the University of Chicago, told CNN via email.

In the study, Barreiro and other researchers found that Black Death survivors in London and Denmark had genes that protected them against the plague pathogen. They found one particular gene, known as ERAP 2, was found to be protective against the virus. Before the plague, 40% of Londoners had the gene — after the epidemic, 50%. The same was for Denmark. About 40% had the gene before the plague, while 70% had it afterward.

“It’s a LONG process, but in the end you have the sequence of those genes for those people from before, during and after the plague and you can ask: Do the genes one population carried looked different than the ones another population carried,” said coauthor Hendrik Poinar, a professor of anthropology at McMaster University in Hamilton, Ontario in an email.

But the gene came at a considerable cost for those who survived the Black Death as it increased future generations’ risks of autoimmune diseases.

“This suggests that populations that survived the Black Death paid a price, which is to have an immune system that increases our susceptibility to react against ourselves,” Barreiro said.

The results highlight natural selection to present-day and how the Black Death altered more than society but the human immune system. Barreiro doesn’t believe Covid will have the same impact because it doesn’t kill across the age spectrum and primarily kills the elderly who aren’t procreating.