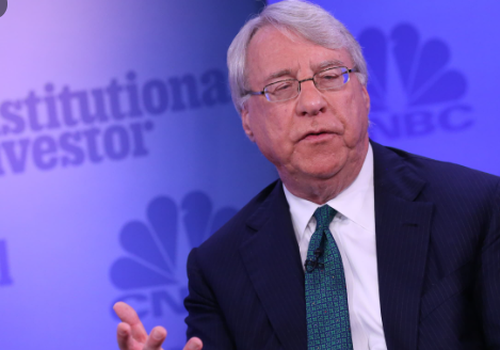 After suffering through endless years of euphoric sentiment, short sellers are finally starting to feel the wind at their backs.

That must be the case for famed short seller Jim Chanos, who is now reportedly opening a new fund in Europe, expanding his footprint and well-known short selling strategies overseas at a time of market tumult.

Chanos is joining with London-based Green Ash Partners to get a new equity long/short fund off the ground, Bloomberg reported this week. The fund has already started trading this month with $20 million in internal capital to start.

The goal of the fund is to outperform markets primarily through short selling, which Chanos is an expert in. Chanos is well known for having called the “other side” of the investment in names like Enron and Wirecard. Currently, on his Twitter, he is an outspoken critic of names like Tesla, IBM and Carvana.

Arguably his most resounding and well known success was riding shares of Enron from an average of $79.14 per share to just $0.60 in the period from 2000 to 2001, the report says.

Chanos commented to Bloomberg: “The opportunity set for a strategy such as this is overwhelming, supported by our rigorous and methodical approach for finding overvaluation wherever the market excesses are.”

In a joint statement, the two firms said: “There are many trade opportunities that are percolating around the Enrons of today.” They noted that frauds that used to just be a couple billions of dollars in the 1990s are now “10 times the size” today.

The fund is an authorized UCITS fund, which allows clients to get and out of the fund on a daily basis. The last few years have been like “the dot-com era on steroids,” Chanos said on a recent Bloomberg podcast.