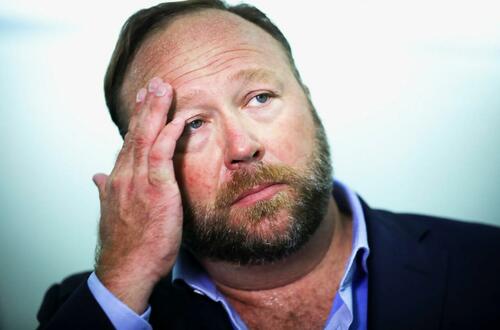 Perhaps out of sheer necessity for his mental well-being, Alex Jones was defiant as ever following the verdict against him in his latest defamation case. A jury recently ordered Jones to pay the families of victims of the 2012 Sandy Hook Elementary School shootings and an FBI agent included in their suit an unfathomable $965 million. In the wake of that verdict, Jones took to the air on InfoWars to not only denounce the judgment but to ensure viewers that its absurdity only aided his case on appeal.

While portraying the ruling as absurd will only ruffle the feathers of opponents of Jones amidst their latest victory lap on their crusade to push cancel culture, the families of victims who sued the maligned political commentator made that assertion hard to disagree with. Claiming that “the highest possible punitive damages,” are the only thing that can keep Jones from continuing to harm them, the families who sued the InfoWars founder asked the Connecticut judge presiding over the defamation suit to award them $2.75 trillion in damages. To contextualize how obscene their request is, only 7 countries in the whole world exceeded a GDP of $2.75 trillion in 2020.

The basis of the families claim relies upon the judicial interpretation of Connecticut’s Unfair Trade Practices Act. That law bars the sale of products using false statements. The family’s invoked that law by asserting that Jones’ claims about Sandy Hook aided the sale of supplements and other merchandise he sells and regularly advertises on InfoWars. Predicating their claim on that legal argument, the families reached the $2.75 trillion by imploring the judge to multiply the $5,000 fine set worth by the law to the 550 million exposures that Jones’ commentary on Sandy Hook had across Facebook, YouTube, and Twitter in the wake of the shooting before the deplatforming campaign which saw him removed from each website. The previous $965 million ruling against Jones was entirely based on a jury’s decision on restitution for the emotional pain and suffering the InfoWars host inflicted upon them.

In support of the monetary claim, attorneys of the families continued their assault on Jones by continuing to portray his mere existence as a continued threat to the well-being of their clients.

“Alex Jones perpetrates this attack for one reason: greed,” the families’ lawyers said in the filing Friday.

“Alex Jones will never treat them like real people, because they are too valuable to him as targets.”

Although the CUTPA was originally passed in order to compensate those directly harmed by deceptive practices in the marketing and sale of products, the application of the law has since been expanded to directly aid the legal cases pursued by the families of victims of Sandy Hook. In 2019, the Connecticut Supreme Court over-ruled a state appeals court by deciding that the CUTPA could be cited in a case those families fledged against Remingtom, the firearms manufacturers who they sought to hold liable for the school shooting. In their decision the court ruled:

The gravamen of the plaintiffs’ complaint was that the defendants negligently entrusted to civilian consumers an assault rifle that is suitable for use only by military and law enforcement personnel and violated the Connecticut Unfair Trade Practices Act (CUTPA) (§ 42-110a et seq.) through the sale or wrongful marketing of the rifle.

The Connecticut Supreme Court’s ruling that the CUTPA could be applied to the families’ suit remanded the case to be adjudicated on appeal. However, no judgment was rendered as Remington reached a settlement paying the families a total of $73 million. That sum was agreed to after Remington originally offered $33 million as a settlement, which the families deemed was too little. The $73 million award far exceeded the $2.5 million settlement reached between Bushmaster Firearms and the gun dealer who sold the rifle used by the DC serial snipers that ravaged the nation’s capital with their indiscriminate shootings over the course of 2004.

The monetary claim is another chapter in a tome of tales chronicling attempts to plunge InfoWars into financial ruin. Jones’ attorney Norm Pattis argued that the provisions of the CUTPA don’t fit his clients defamation case and went on to detail how his oppositions arguments weren’t rooted in facts but instead on a pathological approach to effectively nullify the jury by vilifying Jones. Pattis stated the focus of the plaintiffs was aimed at “arousing sympathy, directing anger, and anchoring a large number before the jury with the hope that jurors would do what they did in this case — award a fortune,”

In spite of his auspicious outlook of his case on appeal, the defamation case against Jones has already taken its toll. The InfoWars founder placed the news outlet’s parent company Free Speech Systems into creditor protection in Federal Bankruptcy Court following another ruling in a defamation case fledged by the families in Texas earlier this year. In that case, a jury awarded one of the families suing Jones $50 million in damages. That judgment is 0.0018% of the latest monetary awarded at issue. As optimistic as Jones and his legal counsel can be and have been, the barrage of defamation cases against him continues on as the host is slated to stand trial in a third lawsuit later this year in his native Texas. Despite the outcome of his appeals, it appears that it’s only a matter of time before one of these lawsuits proves to be the proverbial straw that breaks the camel’s back.

In a sane world, the voice of reason would be looked down upon as a madman. While Jones’ claims have a clear track record of being proven as legitimate time and time again, instances like his commentary on Sandy Hook have been weaponized in the court of public opinion against him, ultimately obfuscating the other truths InfoWars has brought to light over the decades it’s been airing. Independent of the validity of his claims about Sandy Hook, the hysteria advancing the defamation cases against him may very well be the end to InfoWars and Free Speech Systems.

What remains to be seen is the dangerous bearing that the precedent the ruling sets would have on enabling civil lawsuits to be weaponized against political dissidents and those who question accepted narratives and whether or not that will ultimately mean the end of free speech as we know it.