Elon Musk Predicts U.S. In Recession Until “Spring Of 2024” 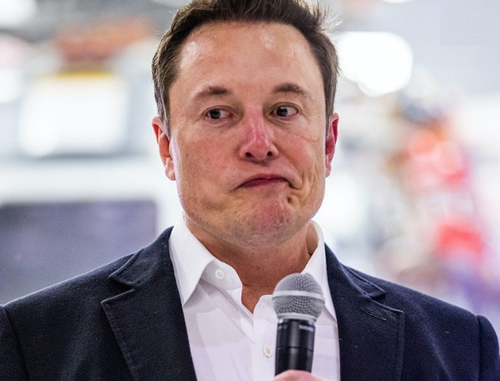 If Elon Musk is any type of financial prognosticator, the market and economy could be in trouble for more than a year to come.

When prompted in a Twitter thread early on Friday morning, the Tesla CEO said that he thought the current recession would last “probably until spring of ’24”.

Just guessing, but probably until spring of ‘24

“It sure would be nice to have one year without a horrible global event,” Musk said earlier in the thread.

He was then asked how much worse he thought the recession would get.

Musk answered: “Varies a lot. Tesla & SpaceX are in good positions, but many other companies are not.” Channeling his inner Milton Friedman, he continued: “Recessions do have a silver lining in that companies that shouldn’t exist stop existing.”

Its a timeline that Musk didn’t bring up during the most recent Tesla earnings call. Recall, on the call earlier this week, Musk said the company is pushing forward with its production plans despite the current state of the global economy.

Musk said: “To be frank, we’re very pedal to the metal come rain or shine. We are not reducing our production in any meaningful way, recession or not recession.”

Musk continued: “The U.S. actually is in – North America’s in pretty good health. A little bit of that is raising interest rates more than they should, but I think they’ll eventually realize that and bring back down, I think.”

He continued: “The public at large realizes that world’s moving towards electric vehicles, and it’s foolish to buy a new gasoline car at this point because the residual value of that gasoline car is going to be very low. So, we’re in a very good spot.”

“I wouldn’t say it’s recession-proof but it’s recession-resilient, because basically the people of Earth have made the decision in large part to move away from gasoline cars,” he added.

Musk, like his biggest fan Cathie Wood, was also critical of the Federal Reserve. He stated: “The Fed’s decisions make sense if you’re looking in the rear-view mirror not if you’re looking out the windshield.”