Profits Do Not Cause Inflation (No Matter What Progressives Claim) 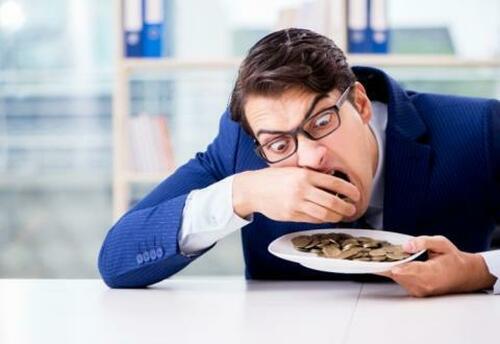 Authored by J.W.Rich via The Mises Institute,

The economic burden of inflation continues to ravage economies around the world.

From the US to the UK to the eurozone, people are finding that the money in their wallets and bank accounts buys less and less every month.

As with all problems, everyone is looking for three things: strategies, solutions, and scapegoats.

One particularly popular scapegoat for the inflation monster is corporate profits. Businesses are alleged to be sneakily raising their prices across the board, which creates inflation—or at the very least contributes to inflation—and makes all of us poorer in the process. These higher prices pad their profit margins, and they laugh at us helpless plebians all the way to the bank. The solution to their reckless rapacity? Restricting either the prices businesses can charge or the profits they can reap from them.

This position isn’t just restricted to the man on the street. The Economic Policy Institute, a nonprofit economic thinktank, claims that profits have contributed “disproportionally” to inflation. Bloomberg has reported on corporate profits hitting the highest rates since the 1950s, and the New York Fed even wrote an article addressing the topic. As these and other writings show, this position is held by serious institutions, and even appears to have some empirical data supporting it.

Even so, business profits are demonstrably not the cause behind inflation. We can easily show this just by thinking clearly about what it means for a business to raise prices. A higher price means that consumers have less money left over after buying the good or service. This necessarily means that they have less money to spend on other goods or services. Under inflation, however, the prices of all goods and services increase.

If consumers have less money to spend because of increased prices, how could this be possible? The increase in one price means there is less money to go around, but higher prices everywhere would require more money to go around! Businesses raising prices can explain the increase in singular prices, but it can’t possibly explain a general rise in prices that characterizes inflation.

If greedy businessmen cannot explain inflation, then what can? The only thing that can create a general rise in prices across the economy is an increase in the supply of money. As we said above, higher prices everywhere would require more money to go around. The only way this can be possible is if there is literally more money to go around. An increase in the supply of money means that individuals have more money to spend than they used to, and they naturally wish to go out and spend that extra money. Businesses feel the increase in demand and increase their prices accordingly. As more and more businesses feel this increased demand, prices everywhere start to rise—i.e., inflation.

This absolves businesses of the blame for inflation, but how can we explain the connection between inflation and profits? After all, there seems to be at least some correlation between the two, even if it is relatively weak. Is it just a coincidence or is there some cause for the apparent positive relationship between the two?

The reason for increased profits under inflation is simple: not all prices rise at the same times in the same places. Whenever new money is printed, goes into the hands and wallets of a select few people first. Those first receivers then spend the new money, which then puts that new money in the hands of others, who turn around and spend it somewhere else, and so on and so forth. The fact that those first receivers hold that newly created money first means they have greater incomes then would otherwise have been the case and can now go out and demand more goods. Those goods they buy will have their prices raised, the goods that the second receivers of the new money buy will have raised prices as well, and on and on as the new money trickles into the rest of the economy and prices everywhere are pushed up.

If prices do not rise all at once, which prices are more likely to see increases first? Because most of the new money received will probably be spent on consumer goods and services (as opposed to businesses using them to cover their costs), the price increases will likely first be felt in consumer goods. As businesses respond to the increase in prices, there will be an increase in demand for the factors of production used to make those goods, which will cause these goods’ prices to eventually rise as well. However, businesses don’t respond instantly, so there will be a necessary lag between the rise in consumer good prices and producer good prices.

What happens whenever the prices of a businesses’ product increase, but their costs stay the same? Total profit goes up. This isn’t because the business forces consumers to pay higher prices or use inflation as an excuse to make people pay more, but because inflation pushed up the prices of some goods before others, which resulted in a temporary increase in profitability for businesses.

This short-term windfall provides obvious benefits to a business, but it can also be dangerous as well. Inflation can also falsify calculations to delude businessman into thinking that they are much richer than they really are. Ludwig von Mises wrote about this phenomenon in Human Action, saying:

It would be a serious blunder to neglect the fact that inflation also generates forces which tend toward capital consumption. One of its consequences is that it falsifies economic calculation and accounting. It produces the phenomenon of imaginary or apparent profits. If the annual depreciation quotas are determined in such a way as not to pay full regard to the fact that the replacement of worn-out equipment will require higher costs than the amount for which it was purchased in the past, they are obviously insufficient. If in selling inventories and products the whole difference between the price spent for their acquisition and the price realized in the sale is entered in the books as a surplus, the error is the same…. They feel lucky and become openhanded in spending and enjoying life. They embellish their homes, they build new mansions and patronize the entertainment business. In spending apparent gains, the fanciful result of false reckoning, they are consuming capital.

The result is that once reality sets in and the businessmen realize that those profits were illusory, it is too late. They have gone beyond a sustainable level of consumption and are consequently less wealthy than they were before. Thus, even though they might enjoy a temporary boon from inflation, it might end up hurting them far more than it ever helped in the end.

Are businesses to blame for inflation? Not at all. A business cannot manipulate prices at will but can only charge what the market will bear. Rather, the blame lies solely with those who control the money supply: the Federal Reserve. All the animus and contempt built up over the past two years because of their monetary mismanagement should be directly exclusively toward them.

To kill a weed, you pull out the roots. The roots of the monetary troubles of our time all lead back to the rotten institution of central banking. If we wish for a permanent solution to our inflation problem, it is the state control of the money supply that must be uprooted once and for all.