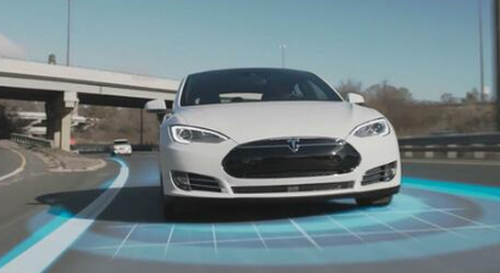 While it has been widely known that Tesla was facing scrutiny by the NHTSA regarding its Autopilot and Full Self Driving features, it is now being reported that other Federal agencies are looking into the automaker for the same issues.

Namely, the Department of Justice.

It broke on Wednesday that Tesla is under criminal investigation “over claims that the company’s electric vehicles can drive themselves”, according to an exclusive by Reuters.

The DOJ reportedly launched an investigation into the company last year after more than a dozen crashes took place involving Autopilot, the report says.

According to Reuters, the DOJ investigation “potentially represents a more serious level of scrutiny because of the possibility of criminal charges against the company or individual executives, the people familiar with the inquiry said.”

Washington and San Francisco DOJ prosecutors are looking at whether or not the company misled consumers with its claims of Autopilot and Full Self-Driving’s capabilities. All options are still on the table with regard to the investigation, Reuters noted: “Officials conducting their inquiry could ultimately pursue criminal charges, seek civil sanctions or close the probe without taking any action, they said.”

The Justice Department’s Autopilot probe is far from recommending any action partly because it is competing with two other DOJ investigations involving Tesla, one of the sources said. Investigators still have much work to do and no decision on charges is imminent, this source said.

Barbara McQuade, a former U.S. attorney in Detroit who prosecuted automotive companies and employees in fraud cases and is not involved in the current probe, said investigators likely would need to uncover evidence such as emails or other internal communications showing that Tesla and Musk made misleading statements about Autopilot’s capabilities on purpose.

Recall, about a week ago we wrote that there had been yet another grim development involving Tesla’s Autopilot and motorcycles – a disturbing trend we first started pointing out months ago when we talked about two accidents that occurred this summer.

Driver crash assist data that automakers are forced to report in such incidents was made available about a week ago and confirmed that Autopilot was engaged during a third incident.

The incident involved Ingrid Eva Noon, the report says, who was riding her motorcycle in Palm Beach County, Florida at 2:11 a.m. on August 26.

An impaired driver who had Tesla’s Autopilot engaged hit the back of the motorcycle, throwing her “onto the Tesla’s windshield and killing her”, according to the Palm Beach County Sheriff’s office.

Motorcycle advocates have claimed that “recent crashes suggest the Tesla system is insufficient”, according to the CNN report. They are concerned that “the software fails to see motorcycles and lulls Tesla drivers into a sense of complacency and inattentiveness” and that “the government’s vehicle safety regulations do not adequately protect motorcycle riders”.