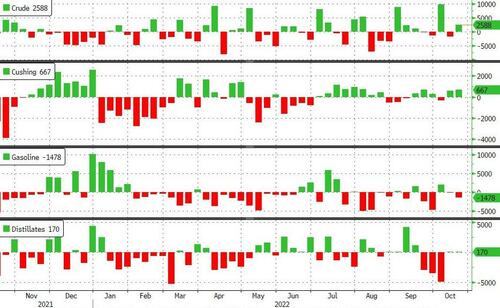 Oil prices are rallying this morning as the dollar continued to weaken (to 3-week lows), shrugging off any worries about the surprise crude build API reported last night.

“Short-term direction is being provided by the movements in the dollar and focus on today’s weekly US stock report.”

Meanwhile the Biden-MbS cagematch continues as the Biden administration has released millions of barrels of crude from the nation’s strategic reserves to help rein in crude and gasoline prices; while on Tuesday, Saudi Arabia’s energy minister criticized major importers for trying to tame prices by selling down their inventories, while defending OPEC+’s supply cut.

The bigger-than-expected build in commercial crude stockpiles of 2.6 million barrels was more than offset by another 3.4 million barrels taken from the Strategic Petroleum Reserve. That left an overall nationwide crude draw of 829,000 barrels in the week to Oct. 21. 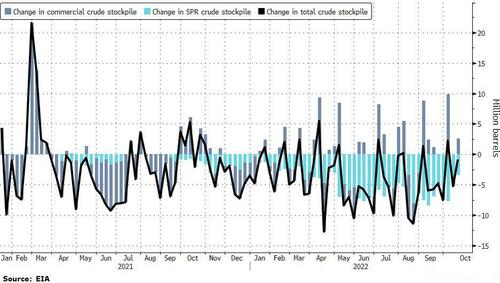 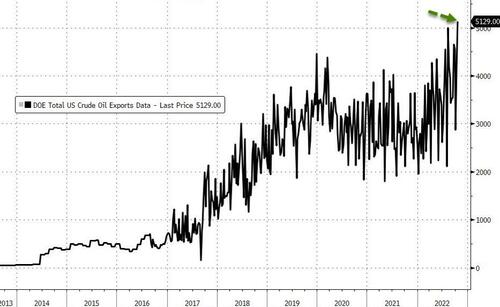 US crude production was flat on the week at 12mm b/d, even as rig counts rise… 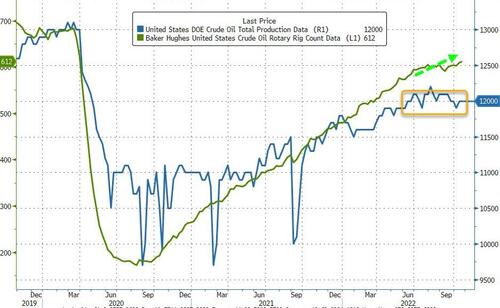 Bloomberg notes that refinery capacity in PADD 2 decreased to 89.1% at a time when most refineries are running hot to maximize profits.

The dip may be due to depleted Mississippi River water levels, which have impacted facilities such as Valero Memphis. In its earnings call, Valero said that such lower levels are impacting its ability to clear the refinery and supply the river terminals.

The US oil benchmark has lacked direction lately, torn between the prospects of a slowdown in global growth as central banks hike interest rates to combat inflation and OPEC+ output cuts.

Bloomberg Intelligence Senior Oil & Gas Analyst Fernando Valle notes that “the Chinese yuan could offer fresh support for oil prices. At a 14-year low, the currency may spur greater economic activity and crude consumption, given China’s role as the world’s largest oil importer. Debt issues — particularly within real estate — are challenging the country’s economy, but the yuan’s move is an upward nudge for WTI and Brent, which have been trading in a range.”