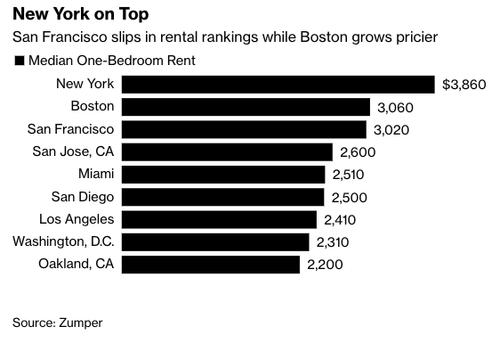 The US rental market is beginning to cool down, but not in all areas. Boston surpassed San Francisco as the second most expensive rental market, with New York in the number one spot, according to Bloomberg.

Rental listing company Zumper published new data that showed median one-bedroom rent in Boston increased by 5.9% in October from the prior month to $3,060. San Francisco dropped to the third spot with a 2.6% decline to $3,020. New York City is still the most expensive city for median one-bedroom rent, even though prices fell 2.3% to $3,860. 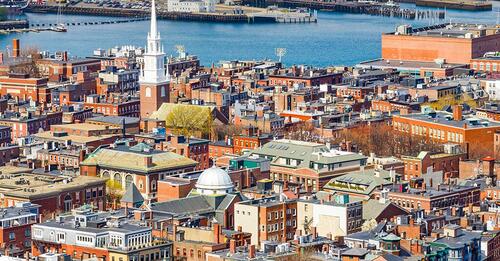 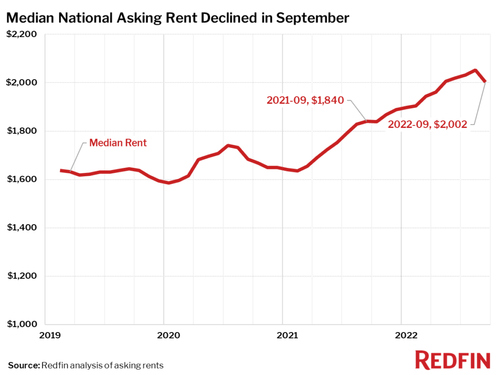 “The rental market is coming back down to earth because high rents and economic uncertainty have put an end to the pandemic moving frenzy of 2020 and 2021, when remote work fueled an enormous surge in housing demand that would’ve otherwise been spread out over the coming years,” said Redfin Deputy Chief Economist Taylor Marr.

Marr continued: “Rising supply is also causing rent growth to slow. Scores of apartments that have been under construction are now coming on the market, and more homeowners are choosing to become landlords instead of selling in order to hold on to their record-low mortgage rates.”

And he expects “rent growth to slow further into 2023 as Americans continue to hunker down and more new rentals hit the market.”

So the takeaway is that some rental markets are cooling while others continue to boil. Avoid the ones that continue to see rising prices, and if you can, wait until next year to lock in a rental contract when prices are expected to be much lower. It doesn’t make sense to sign a two-year contract at the peak.