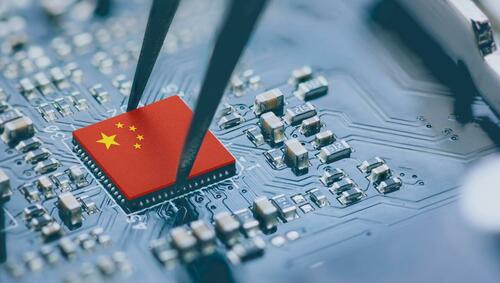 While the federal government went to great lengths to block Chinese telecom equipment from US supply chains, state and local governments across the country continued to acquire all sorts of products designated a threat to national security, Axios reports, citing a new report published Wednesday by Georgetown University’s Center for Security and Emerging Technology (CSET).

Federal officials, particularly under the Trump administration, have been warning that Chinese telecom equipment could open US systems to economic espionage or digital sabotage.

Background: Federal agencies have been banned since 2018 from procuring products from Chinese tech companies Huawei, ZTE, Hikvision, Dahua, and Hytera.

The report highlights that between 2015 and 2021, at least 1,681 state and local entities bought equipment and services tied to five Chinese companies. The total value of these purchases was around $45 million, of which around 75% came from public school districts, colleges, and universities. 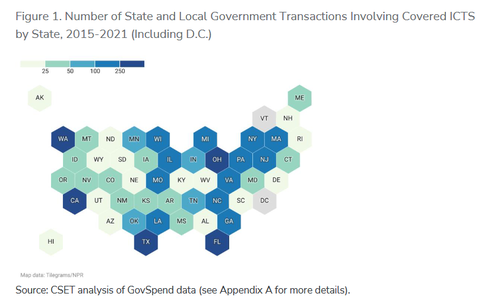 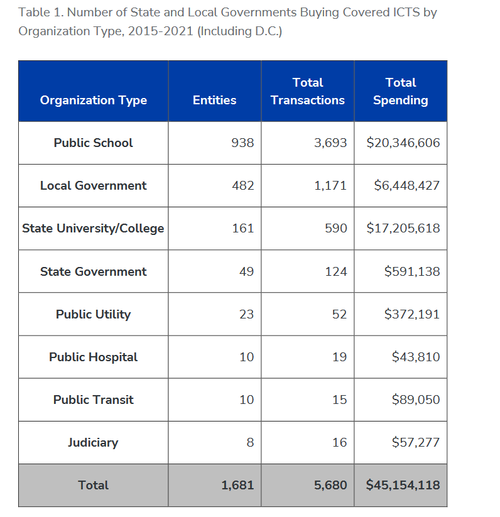 While the number of transactions has fallen since 2018, there were more than 600 procurements in 2021, and no indication that they’ve stopped according to the report’s co-author Jack Corrigan, a research analyst at CSET. “State and local governments can proactively take steps to purge these technologies from their supply chains, by adopting measures that are connected to federal guidance,” Corrigan said.

Details: The purchases covered a wide range of products, including smartphones, surveillance cameras and networking equipment, according to the report, which is based on procurement records scraped from public documents.

Between the lines: Chinese telecom equipment is generally less expensive than gear from non-Chinese companies, making it an appealing procurement option for cash-strapped local U.S. agencies.

“When the technologies are deployed in government networks, they can serve as entry points for any other networks that are connected to them,” co-author Michael Kratsios, former US CTO, told Axios. “If adversaries or hackers are looking to cripple public services, they could use this hardware as entry points to pursue these activities,” he added.

Axios reports that the Federal Communications Commission (FCC) plans to ban the sales of new equipment from Huawei and ZTE on national security grounds.