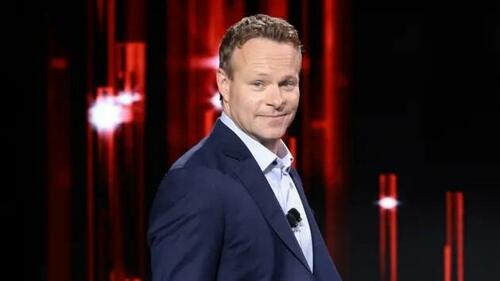 CNN staffers were notified by network boss Chris Licht that sweeping changes are ‘imminent,’ according to CNN‘s Oliver Darcy.

In a Wednesday memo, Licht – who has been conducting a six-month business review as part of a larger effort spearheaded by Warner Bros. Discovery CEO David Zaslav – said he’s identified areas where further change is needed, and that there is “widespread concern over the global economic outlook” adding “we must factor that risk into our long-term planning.”

“All this together will mean noticeable change to this organization,” the memo continues. “That, by definition, is unsettling. These changes will not be easy because they will affect people, budgets, and projects.”

The next wave of layoffs comes after a string of high-profile Russiagate propagandists have departed (or were fired from) the network, including Brian Stelter, Chris Cuomo, Jeffrey Toobin, and of course Licht’s predecessor, Jeff Zucker.

Licht’s memo also came hours after CNBC‘s Alex Sherman published a report leaking word of the layoffs, and questioning the future of the network that spent five years self-immolating what was left of its reputation.

CNN’s profit is set to drop below $1 billion this year for the first time since 2016, when Donald Trump was elected president. Parent company Warner Bros. Discovery’s valuation has nearly been cut in half this year as investors have lowered their expectations on global streaming subscriber growth and macroeconomic pressures have pressured advertising revenue.

Licht has been given a mandate from Warner Bros. Discovery CEO David Zaslav to transform CNN, which the network boss is internally referring to as a “right sizing” of the business. Many of Licht’s job cuts are still to come this year, according to people familiar with the matter, who asked not to be named because the decisions are private. –CNBC

According to the report, Licht doesn’t have a specific number of jobs to target, but he’ll be cutting parts of the organization that have become ‘bloated’ over time.

Meanwhile, as part of CNN‘s image rehab, Licht instituted several content changes. In May, he told CNN‘s TV production staff to quit using “Breaking News” banners so much. He’s also altering the network’s lineup one anchor at a time – shifting Jake Tapper from 4pm to 9pm, and Don Lemon from 11pm to co-hosting “CNN This Morning.”

Licht is purposefully leading CNN differently than Zucker. He’s avoiding saying what he thinks about individual show choices, according to people familiar with his leadership style. Licht has said in private meetings that he’s trying to empower executive producers and show producers to make decisions by themselves. He wants employees to hear marching orders from direct managers rather than him. That’s a significant change for show leaders who have been conditioned to wait for Zucker’s blessing before acting. -CNBC

“When [Zaslav] called and offered me the job, he told me what he was looking for out of CNN,” Licht said earlier this month. “And I said, ‘That’s exactly the kind of network I would like to see.’ There’s no daylight between his vision for this network and my vision for this network. The only reason why I took this job is because it was him in charge. I thought, I can deliver this for him.”

Licht is also contemplating how the network will cover former President Donald Trump, should he run (when he runs) again in 2024 – promising to air both sides of the conversation, within limits of course.

“The analogy I love to use is some people like rain, some people don’t like rain. We should give space to that. But we will not have someone who comes on and says it’s not raining.”