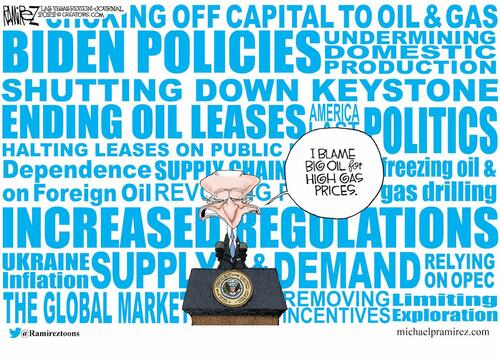 Update (1655ET): President Biden confirmed expectations in his brief address, stating that he is seeking to impose higher taxes on oil firms who do not boost their US production and refining capacity.

“It’s time for these companies to stop war profiteering, meet their responsibilities in this country and give the American people a break and still do very well,” Biden said during a brief speech at the White House.

“If they don’t, they’re going to pay a higher tax on their excess profits and face other restrictions. My team will work with Congress to look at these options that are available to us and others,” Biden added.

Bloomberg’s Javier Blas comments on the circularity of oil politics…

The circularity of oil politics pic.twitter.com/TvUPdRtElY

Note the final sentence of the 2006 Report on the US Windfall tax policy of the 1980s:

“In the long-run, such a tax is a tax on capital; it reduces the rate of return, thus reducing the supply of capital to the oil industry.”

In other words, a windfall tax failed in the 80s and will just drive prices higher in the long-run.

Additionally, The American Exploration & Production Council said a windfall tax would probably backfire, and the U.S. government should provide permits for pipelines and support U.S. production.

But then again, why would Biden care about the long-run?

The closer we get to the midterms, the louder the desperate cries of “it wasn’t my fault” come from The White House as practically every indicator signals a dramatic loss of confidence (even among faithful Democrats) in the Biden admin’s policies.

The loudest, simplest, and most palatable for his base is to blame “Big Oil” profiteering (oh and the ‘Putin Price Hike’) for the surge in gas prices since the president was elected. 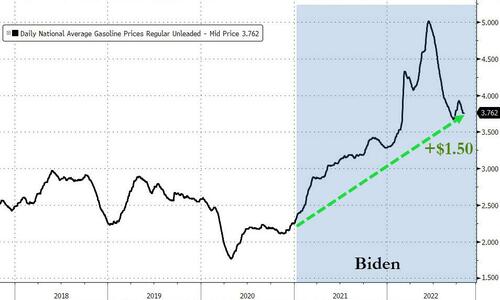 The week after Chevron and Exxon announced their earnings seems like perfect timing to energize the base again against the fossil fuel industry (while demanding they pump more).

However, as we have noted too many times to remember, the problem is not a lack of crude oil but a lack of refining capacity… 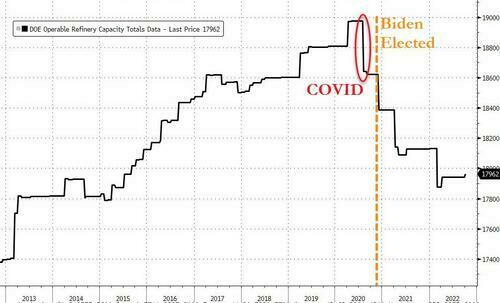 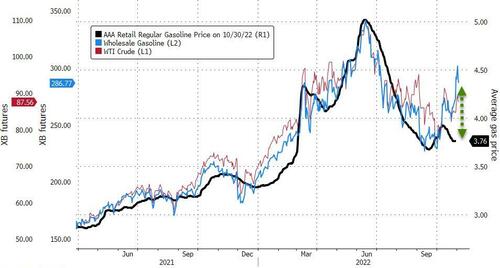 It’s been a theme as prices soared:

And we have discussed in detail what a crock of shit that claim is:

And there’s a way to solve it:

And this is not the way…

But we don’t expect any of that anytime soon… 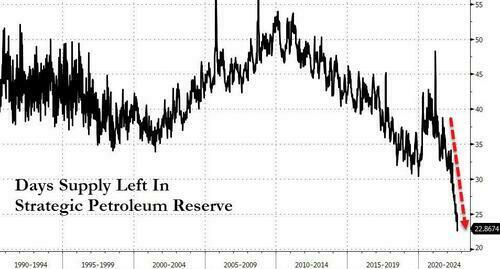 The Associated Press is reporting that Biden will raise the possibility of imposing a windfall tax (which would be DOA even among his own party). Now where have we seen that before?

The circularity of oil politics pic.twitter.com/TvUPdRtElY

Watch Live below (due to start at 1630ET): President Biden responds to reports over recent days of major oil companies making record-setting profits even as they refuse to help lower prices at the pump for the American people.