TuSimple Fires Co-founder As CEO Amid Federal Probes, Board Inquiry 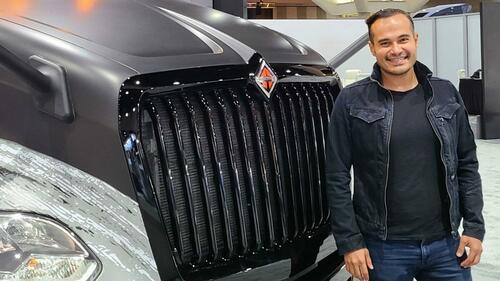 By Alan Adler if FreightWaves

TuSimple Holdings on Monday fired co-founder Xiaodi Hou as chairman, CEO and chief technology officer amid federal probes and an internal investigation of the company’s dealings with China.

An ongoing investigation led by the audit committee of the TuSimple board of directors  determined a change at the top was necessary, TuSimple said in a statement. Hou also was removed as a member of the government security committee.

The Wall Street Journal reported Sunday that the FBI, the Securities and Exchange Commission and the Committee on Foreign Investment in the U.S. (CFIUS) are investigating TuSimple over the exchange of its U.S. intellectual property with a China-backed company started by Hou’s co-founder, Mo Chen.

CFIUS investigated TuSimple before the company went public in April 2021. It found no wrongdoing. But two board members backed by China technology conglomerate Sina Corp. left the TuSimple board after the probe concluded. TuSimple also agreed to limited federal oversight of its business as part of the settlement.

Sina divested part of its 20% stake at the time TuSimple went public.

Ersin Yumer, executive vice president of operations, will serve as interim CEO and president while Russell Reynolds Associates conducts an executive search. Lead independent director Brad Buss will be TuSimple’s chairman. The board is seeking to add new independent members following the departure of the two Sina-related board members.

“Transparency, good judgment and accountability are critical values to our Company,” Buss said. “We take these values extremely seriously.”

“We are very honest with ourselves and to the world,” Hou said. “That sets us apart as a unique company.”

In an email to employees, Buss wrote: “And we also know that the technology we’ve developed at TuSimple works. We have proven it through the world’s first driver-out autonomous freight test runs, and we are on the path to commercialization. Now, we have to continue to make the hard decisions necessary to keep TuSimple moving on its trajectory toward long-term success and long-term stability.

Yumer, who joined TuSimple from rival Aurora Technology, rose quickly through the technology ranks since joining the company 15 months ago. Like Hou, he has a Ph.D. focused on engineering and product development.

Yumer’s rise coincided with the departure earlier this year of CEO Cheng Lu and CFO Pat Dillon, who led TuSimple to public trading via an initial public offering.

“It’s not uncommon for a CFO to leave shortly after their CEO,” Yumer told FreightWaves in a recent interview. “Our perspective is that it’s not uncommon with companies that come from being a startup and then transition into being a public company. That transition changes what the focus is for the folks that have actually brought the company there.”

In a linkedIn post Monday, Hou lashed out at the board, complaining that it fired him without cause.

“Unfortunately, the Board’s processes and conclusions have been questionable at best,” Hou wrote. “As the facts come to light, I am confident that my decisions as CEO and Chairman, and our vision for TuSimple, will be vindicated. I want to be clear that I fundamentally deny any suggestions of wrongdoing.

“I have been completely transparent in both my professional and personal life and I fully cooperated with the Board because I have nothing to hide.”