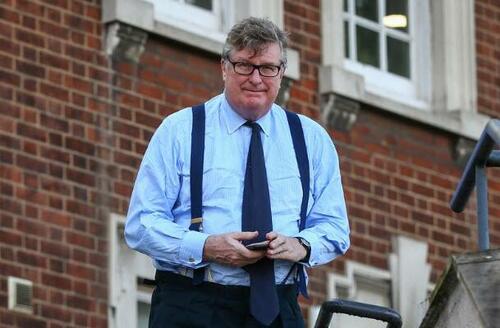 The last few years have been a roller-coaster for hedge fund manager Crispin Odey as the British billionaire decided it was time to not only “fight the Fed” but launched a brutal and bloody crusade against central banks around the world, in which he bet virtually everything on a “violent unwind” of the QE bubble, loading up on gold and shorting every government bond he could find.

Having suffered the pain of an almost insurmountable wave of central bank liquidity, something strange is happening: Having fought The Fed and fought the Retail ‘Meme’ Traders, Odey appears to be winning… and winning really big. 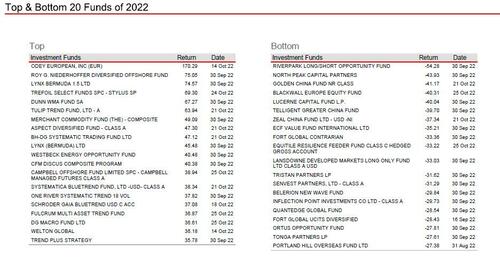 In 2018, the permabear ominously warned:

“…my money remains on the likelihood that this is the early stages of a profound bear market in assets. Populism in the west has a long way to go. QE has undermined savings and now populism will undermine the price mechanism. We are at the start of a 25 year cycle so get used to it.“

And while there has been significant pain since, things are looking up in the last two years as reality overtakes fantasy in markets… 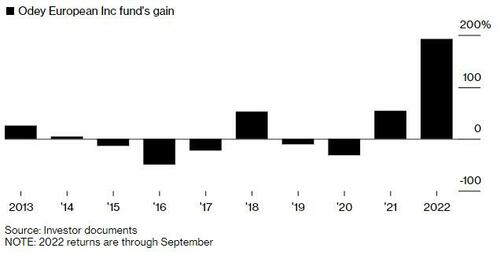 In fact, things are going so well that the infamous British fund manager has decided to close his flagship hedge fund and two others to new clients, hoping to keep assets at a manageable level following a record year.

“We want to keep the AUM within a level that does not compromise our ability to maintain the strategy’s risk/reward profile, and consequently performance,” Michael Ede, partner at Odey Asset Management, said in the announcement.

“This decision to soft close the funds will be kept under review.” 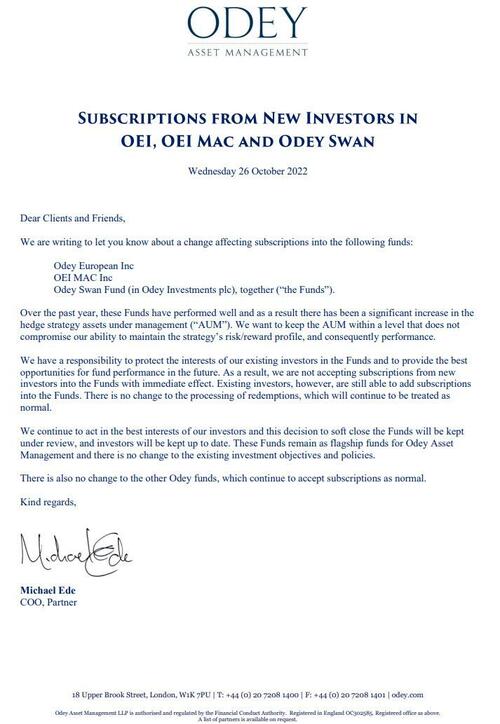 Bloomberg reports that Odey is among a group of macro traders enjoying a stellar year as central banks start to unwind years of quantitative easing.

Odey, along with peers such as Said Haidar and Michael Platt, have produced triple-digit returns.

“For the last year, investors have been prematurely anticipating an early end to central bank rate hikes, followed by rate cuts almost immediately thereafter,” Haidar wrote in a letter sent in September.

“But as inflation globally has proven stickier than originally thought, central banks have become more forceful in countering this narrative.”