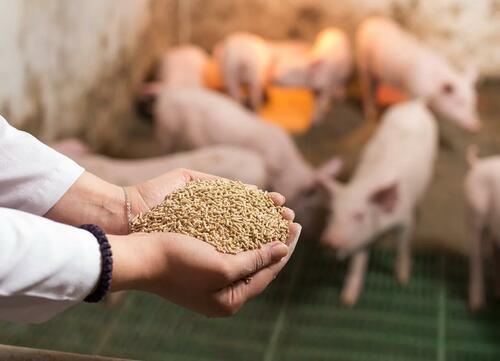 By Russell Clark of the Capital Flows and Asset Markets substack

Food inflation has continued to surprise to the upside in the US. 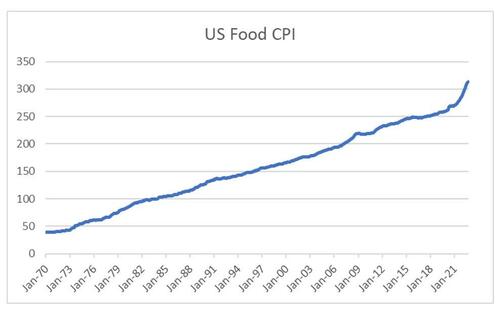 Taking a long-term view, you could also convince yourself that food prices have topped out, and food deflation is more likely. 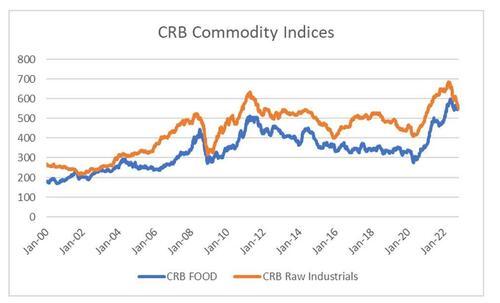 However, well before Ukraine became an issue, Chinese food prices were driving global food prices higher. In 2019, China suffered from Asian Swine Flu which destroyed much of China’s pig herd. China has more pigs than the rest of the world combined 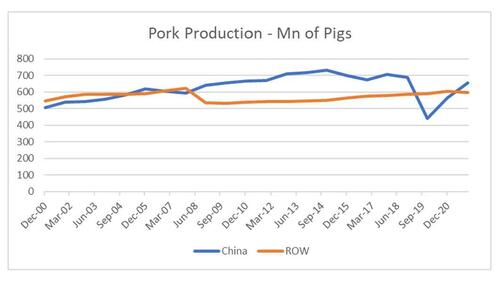 As China rebuilt its herd, but this required large imports of pork and corn. Pork is essentially processed corn, with 4kg of corn needed to produce 1kg of pork. China in 2021 became the biggest importer of US corn, but now these imports are falling. 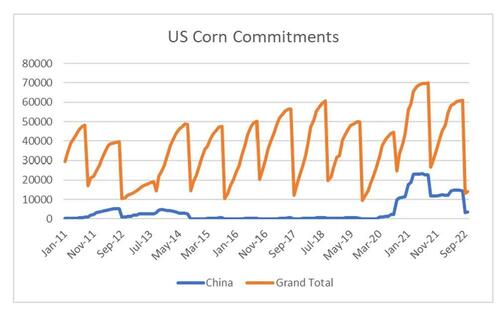 Currently there is no sign of African Swine Flu returning to China, but in recent months we have seen Chinese pork prices surge again. 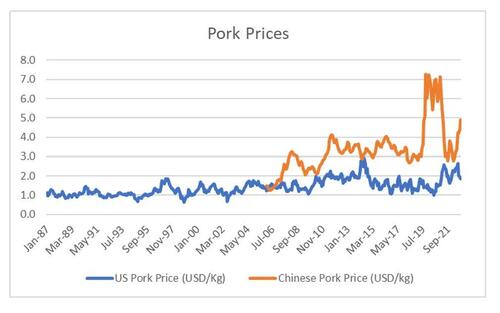 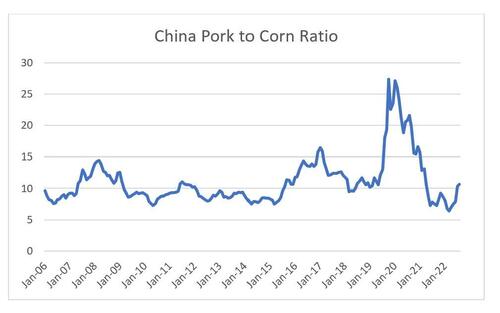 So Chinese pork prices have normalised relative to Chinese corn prices. The problem for the US and the rest of the world is that China now draws on global pork markets. Despite its best efforts to boost domestic supplies, China is still a large importer of pork from the US. 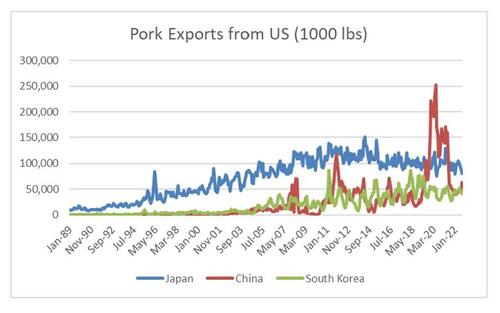 Why does this matter? Because currently US producers of pork are disincentivised to produce pork with the US pork to corn ratio at levels where either pork prices rise, or corn prices have to fall. 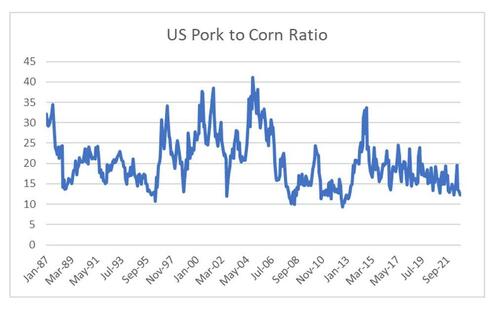 With pork price in China now three times US prices, my guess is that pork prices rise, and push food prices higher again.