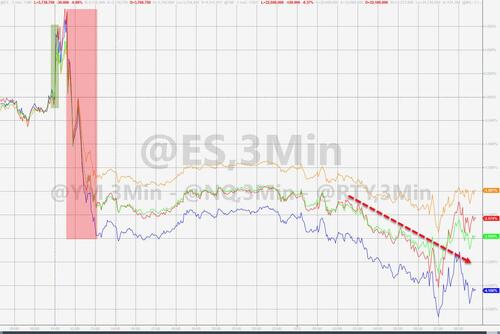 As markets soared on the FOMC statement seemingly confirming their biases, before Powell dropped this bombshell of hawkish hate-speech:

“It’s premature to discuss pausing.  It’s not something that we’re thinking about.  That’s really not a conversation to be had now.  We have a way to go.”

As McElligott notes, the initial “dovish Fed statement” component of yesterday’s market move began squeezing assets (and shorts) higher in painful fashion, the eventual sanity of Powell later in the press conference then differentiating between the “red-herring” focus surrounding the “PACE of tightening”…from what actually matters most, that being the “absolute LEVEL where Terminal Rate ultimately goes,” which is dependent still upon inflation data which is showing no progress in moving back towards target

The resulting rug-pull was the biggest post-Fed-decision loss in history, with Nasdaq now down over 4% from pre-FOMC statement (and down over 5.5% from pre-Powell presser)…

As the market prices in higher rates for longer… 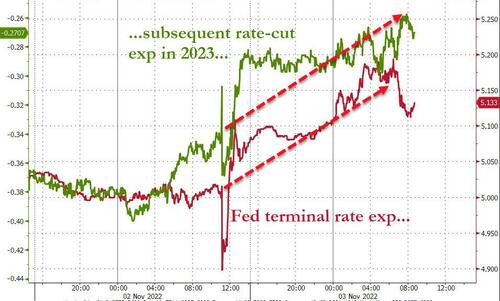 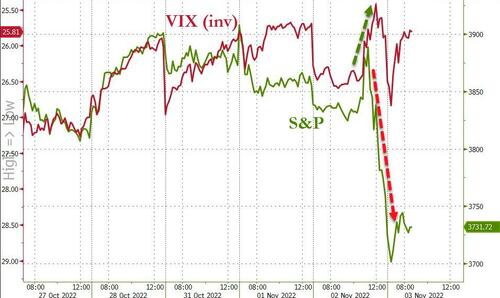 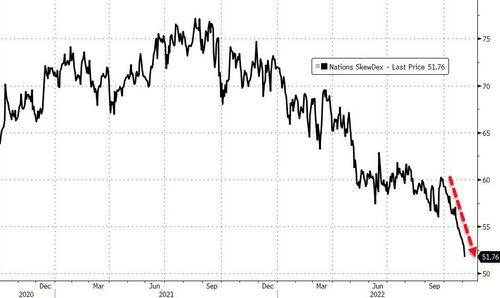 Crucially, SpotGamma explains that this is likely because options on the shorter end were priced for volatility – and that’s what happened. There wasn’t enough hawkishness to lead traders to “pay up” for puts. Had markets received the Fed as dovish, that backwardation would have most certainly flipped to contango, and fueled the markets higher. Instead, that backwardation IV position is simply being held.

Powell seemingly didn’t give traders a reason to buy stock yesterday, but didn’t do enough to bring new levels of fear.

This lack of major change in short dated IV also syncs with few changes in our SG levels. Some put positions did fill in from 3700 to 3650, however our Delta Tilt indicator does not suggest we are yet at “max put” positions.

This would likely occur at 3600 – which is why we see major structural support at that level.

Below is S&P volatility term structure, and there continues to be sharp backwardation due to next weeks elections & CPI. There was also a shift higher in IV for expirations out in time.

This suggests that there is/was some demand for longer dated downside protection.

And as Nomura’s McElligott notes, volatility remains as dealers options positioning is back in “short gamma vs spot” territory, with a bunch of negative delta picking-up… 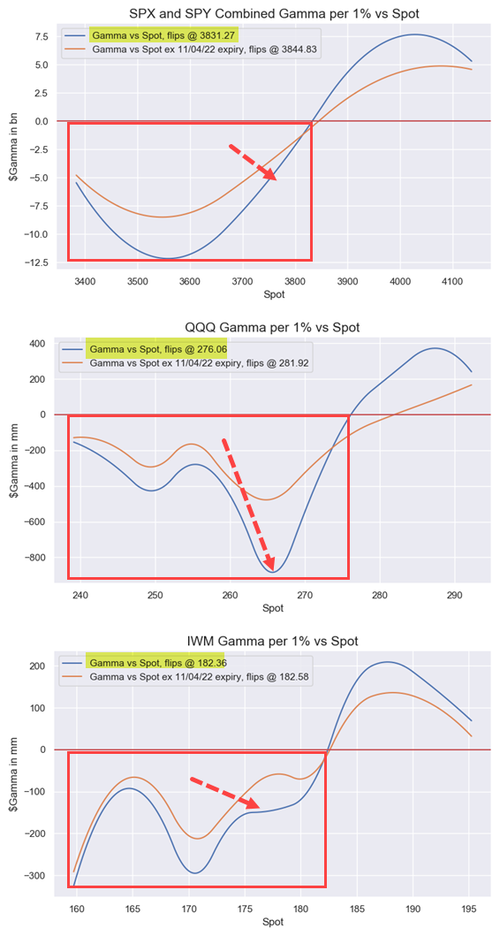 So, with all that positioning said, what will The Fed do?

The Nomura Econ Team has adjusted their Fed call:

While the likely lack of an additional 75bp rate hike in December is disappointing relative to our previous forecast, the broad arc of our Fed call remains unchanged. We believe markets continue to underestimate both how entrenched inflation is, and the Fed’s resolute intention to bring it lower, even at the expense of a recession. 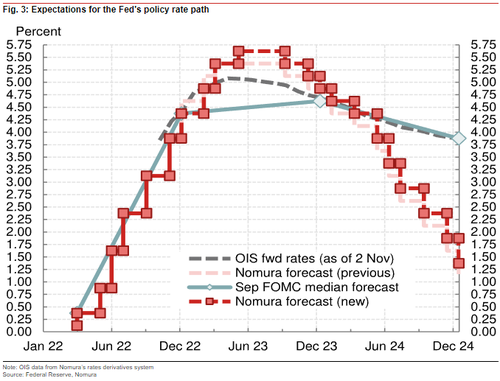 Of course, we do not expect to see The Fed get anywhere neat 5.75% before we start to see -250k payrolls prints and post-midterms political pressure exerts the pause that equity bulls experience for around 30 minutes yesterday… and if we do keep hiking, don’t expect Powell to be running the show a year from now. 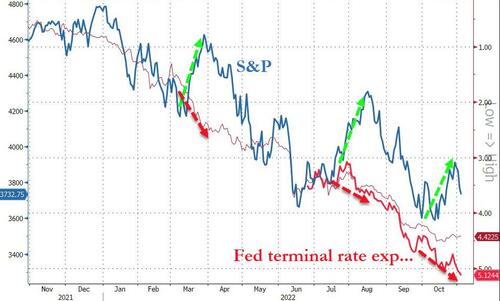 Still, stocks remain decoupled (for the 3rd time) from The Fed’s hawkish-rhetoric-induced shift in STIRs.