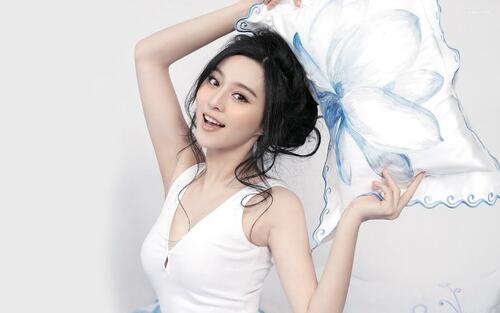 The Chinese government is now barring celebrities with “lapsed morals” from making product endorsements — and blocking all celebrities from endorsing health, education and financial products. Authorities said the new restrictions are “guided by Xi Jinping thought on socialism with Chinese characteristics for a new era.”

The socio-economic move comes on the heels of the Chinese Communist Parties twice-a-decade congress, in which President Xi Jinping was elected to an unprecedented third team as party chairman and unveiled a new leadership team stacked with loyalists as he further consolidates his power.

“The latest clampdown was announced as the Chinese president intensifies his drive to reform social values and youth culture in the world’s most populous country, under the banner of common prosperity’,” reports the Financial Times.

Celebrities with “lax morals” are off limits for any product advertising. That includes those who’ve engaged in illegal activities such as drunkenness, drug use, fraud and tax evasion.

“The media is lax, allowing illegal and immoral stars to participate in advertising endorsements,” said Chinese authorities. “The chaos in the field of advertising endorsements has seriously infringed upon the rights and interests of consumers, disrupted the market order and polluted the social atmosphere, and the people have expressed strong reactions.”

Last week, Xi urged China’s younger generation to “abandon the finicky lifestyle and complacent attitude.” He did so against the symbolic backdrop of the Hongqi or “red flag” canal — a 44-mile irrigation canal initiated in 1960 during China’s “Great Leap Forward.” Spanning mountains and rocky terrain, it was built by hand with simple tools over the ensuing 9 years.

“We need to educate people, especially the youths, with the Hongqi canal spirit that China’s socialism is won by hard work, struggles and even sacrifice of lives. This was not only true in the past but also true in the new era,” said Xi.

At a time when China is struggling with high youth unemployment, Xi’s remarks are seemingly meant to combat a sort of stagnation that’s setting in among Chinese youth. It’s encapsulated by a recently-popularized phrase in China: “tang ping,” which means “lying flat.” Similar to the American notion of “quiet quitting,” tang ping represents a lifestyle that embraces low expectations for professional and financial success.

Speaking about the new endorsement regulations, Zhang Guohua, president of a Chinese advertising association, said, “This does not mean that celebrity endorsements will be limited, but everyone will be more cautious, and the artists will be more responsible and self-disciplined.” Speaking of celebrities, he added, “You have such an industry status and influence, so you should be cautious in your words and deeds.”