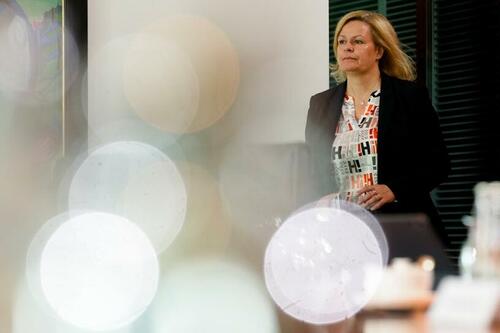 Germany’s interior minister, Nancy Faeser, is being hit with serious allegations that she falsified the number of so-called refugees coming to Germany since the beginning of the year.

While she claims only 57,647 refugees have entered German territory, the federal police have registered 101,900 foreigners since January, with the federal police data covering only four different regions of the country: Berlin, Munich, Pirna, and Stuttgart. Her figure is thus over 40 percent lower than that reported by her country’s federal police force. Meanwhile, the actual numbers are believed to be far higher due to a lack of data from other districts.

German Interior Minister Nancy Faeser walks through the cabinet room during the weekly cabinet meeting of the German government at the chancellery in Berlin, Germany, Wednesday, June 8, 2022. (AP Photo/Markus Schreiber)

Faeser is also being accused of even more egregious fudging of the numbers relating to asylum applications. The Federal Office for Migration and Refugees (BAMF) reports that 154,557 people have applied for asylum since January. However, this number is 2.7 times more than what is cited in the interior ministry’s “Migration Analysis Report.”

Faeser additionally faces criticism for not providing the federal police with October’s migration figures in the “Migration Analysis Report” — the report only includes data until the end of September. Faeser may have incentive to hide those numbers from the general public, as experts believe October saw a major influx of migrants, which other countries like Hungary and Austria have already observed.

Germany has taken in over a million foreigners this year, with approximately 750,000 coming from Ukraine; however, they are not required to apply for asylum in Germany. Despite Faeser’s attempt to downplay the migration crisis, towns and municipalities are warning they are overwhelmed due to both Ukrainians and a large influx of migrants from Africa and the Middle East, which led 12 of 16 German states to declare last month they could no longer take in any more refugees.

The controversial interior minister, who has called for mass censorship while targeting conservatives, defended her refugee numbers. She said her ministry only reports on those immigrants apprehended near the border and that the federal police force may be counting duplciate entries. However, this would not explain the difference in asylum applications seen in the BAMF figures. 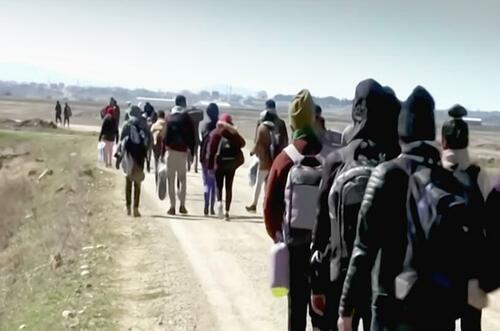 The country’s federal police union is raising the issue with the press, with the union’s leader, Heiko Teggatz, telling the Bild newspaper that the higher figures from the federal police “reflected exactly what my colleagues have been telling me for months.” He believes stationary border control points must be instituted and argues that authorities could then reject asylum seekers who have made an application in another country “directly at the border.”