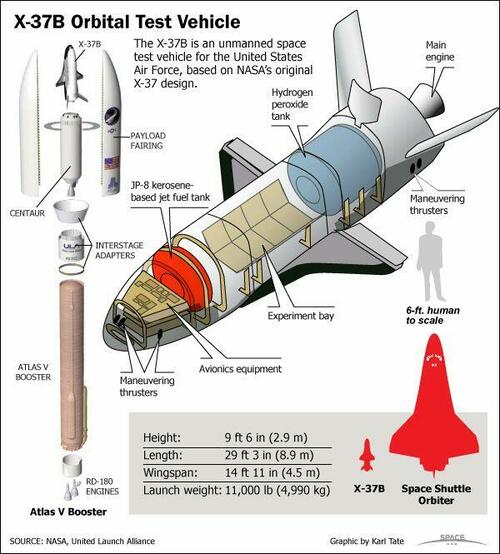 The reusable space plane designed and built by Boeing is flying its sixth mission, known as Orbital Test Vehicle-6 or OTV-6, which was initially launched from Cape Canaveral Space Force Station in Florida on May 17, 2020. It remains unclear when the top-secret mission will end.

On Jul. 7, Boeing Space tweeted the X-37 “has set another endurance record — as it has on every mission since it first launched in 2010.”

Many of OTV-6’s experiments and activities are classified. But some experimental payloads have been made public, such as the U.S. Naval Research Laboratory’s Photovoltaic Radio-frequency Antenna Module, a small device that converts solar power into radio frequency microwave energy.

Space.com expands more on the non-classified experiments and technologies being tested:

The X-37B is similar to the retired space shuttle, although the space plane is a fraction of the size, coming in at 29 feet in length and 9.5 feet high, with a wingspan of 15 feet. 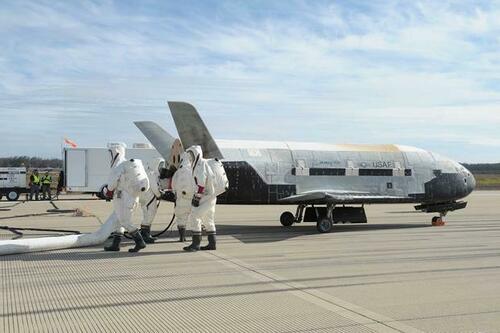 Boeing boasts the X-37B as “one of the world’s newest and most advanced re-entry spacecraft.” It can operate anywhere from 150 to 500 miles in altitudes and de-orbit with landing capabilities.

“While there are rumors or theories that the X-37B might be a testbed for orbital weapons or could be used to capture adversary satellites, experts doubt these claims, arguing that the plane is far too small and not maneuverable enough to be used for these roles,” Space.com said.

It’s anybody’s guess when the top-secret space plane will return to Earth. Here’s a list of the previous flights: