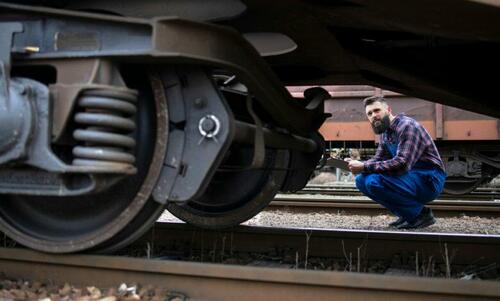 By Joanna Marsh of FreightWaves

Members of the International Association of Machinists and Aerospace Workers (IAM) District 19 narrowly approved the ratification of a labor agreement that has been nearly three years in the making.

Fifty-two percent voted in favor of accepting the agreement, IAM said Saturday. About 59% of IAM’s membership voted. Overall membership totals about 4,900 workers, who serve as locomotive machinists, roadway mechanists and facility maintenance personnel for the railroads.

The union, which spoke to FreightWaves this week about the contract negotiation process, said it was “confident that this is the best deal for our members” while acknowledging that the contract didn’t have universal appeal.

“Our union recognizes that the agreement wasn’t accepted overwhelmingly, so our team will continue conversing with our members at our rail yards across the nation,” the union said in a statement Saturday. “This agreement is the first step in addressing some of the issues in our industry.”

IAM also said leadership “worked night and day to communicate the agreement’s benefits and what would happen if it was rejected.”

“Our fight was able to shine a light on the work-life balance issues as well as the lack of proper paid sick leave. Our union will continue to amplify the deficiencies in the carriers’ sick leave and attendance policies,” IAM said.

The National Carriers Conference Committee (NCCC), the group representing the freight railroads, said it was pleased with IAM’s voting results.

“The IAM agreement, like the agreements with six other rail unions that have already ratified, implements the recommendations of Presidential Emergency Board (PEB) No. 250, including the largest wage package in nearly five decades, maintains rail employees’ platinum-level health benefits, and adds an additional day of paid time off for IAM-represented workers,” NCCC said.

“The successful result announced today follows an initial unsuccessful ratification attempt by the IAM last month. The ratified agreement is consistent with the framework recommended by the PEB,” NCCC continued, noting that this latest agreement followed one that was rejected by IAM’s membership in September. Representatives for IAM and the railroads went back to the negotiating table after that to com up with this latest iteration.

According to IAM, the revised ratified agreement will include a cap in healthcare costs and addresses issues related to single-room occupancy and travel expenses and per diem.

The agreement also includes plans to conduct a joint study with the railroads on overtime and overtime policies, as well as a “me-too” clause in which IAM would receive the same provisions should there be another agreement that appears to improve upon IAM’s agreement.

A new labor agreement for each of the 12 unions has been in the works since January 2020, but negotiations between the unions and the railroads failed to progress. In July, President Joe Biden appointed three independent experts to serve on the PEB, which conducted hearings and received testimony from stakeholders about how the unions and railroads could resolve the impasse. PEB issued its recommendations, which were meant to serve as a jumping-off point for a new contract.

So far, seven unions have ratified their agreements, while another three still need to vote on whether to ratify their tentative agreements, according to NCCC. Two of the three include the two biggest unions representing train conductors and engineers, the Brotherhood of Locomotive Engineers and Trainmen (BLET) and the International Association of Sheet Metal, Air, Rail and Transportation Workers-Transportation Division (SMART-TD).

Two other unions, the Brotherhood of Maintenance of Way-Employes Division (BMWED) and the Brotherhood of Railroad Signalmen, recently voted to reject their tentative agreements, and so both are back at the bargaining table with the railroads.

BMWED could initiate a work stoppage as early as Nov. 19, but that would be before BLET and SMART-TD would have completed voting on their tentative agreements, NCCC said.