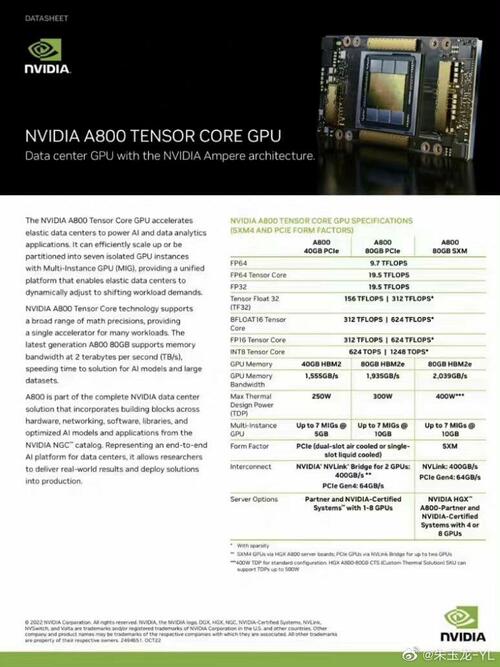 About two months after the US Gov’t forced chip designer Nvidia Corp. to halt sales of high-end microchips to China, a move that would limit the country’s access to artificial intelligence computing, the American company announced an alternative chip that meets export restrictions.

“The Nvidia A800 GPU, which went into production in Q3, is another alternative product to the Nvidia A100 GPU for customers in China.

“The A800 meets the US Government’s clear test for reduced export control and cannot be programmed to exceed it,” a Nvidia spokesperson said in a statement to Reuters.

People familiar with the production timeline told WSJ that shipments to China would begin in the second half of this month, and buyers include US firms such as Dell Technologies Inc. for products they sell in China.

Here’s some context about the latest US crusade against China’s semiconductor industry:

In August, Nvidia’s data center chip A100 was added to the US Commerce Department. Then in early October, the US banned the export of advanced chips and equipment to manufacture advanced chips by Chinese chipmakers, a move to paralyze chip development in the world’s second-largest economy.

The problem with the A800 is that it only can send 400 gigabytes per second, while the A100 can send 600 gigabytes. “The change is akin to reducing the lanes of a highway from six to four, and would have the largest impact on the performance of supercomputers, which string thousands of graphics-processing chips together,” WSJ said.

“The A800 looks to be a repackaged A100 GPU designed to avoid the recent Commerce Department trade restrictions,” Wayne Lam, an analyst at CCS Insight, told Reuters.

“China is a significant market for Nvidia and it makes ample business sense to reconfigure your product to avoid trade restrictions,” said Lam.

Nvidia previously reported the new license requirement might impact hundreds of millions of dollars in sales of high-tech chips to overseas markets. The new chip appears to be a remedy for the financial loss.

Shares in Nvidia have been halved this year due to souring PC shipment demand and the tensions between US-China. Nvidia is higher Tuesday premarket, up nearly 3%. 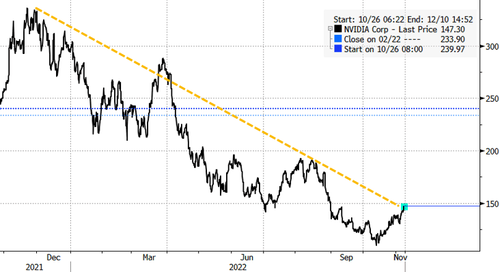