From Riches To Rags: Peloton Co-Founder Starts A Rug Company 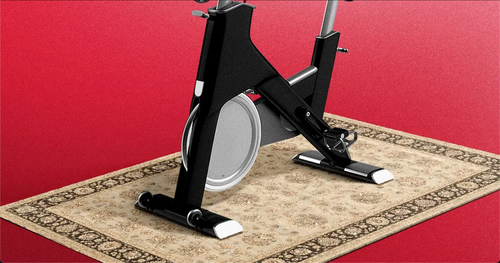 After Peloton’s former CEO and co-founder, John Foley, made a series of demand miscalculations for Peloton bikes during the pandemic and eventually resigned as shares in the company cratered, he’s back in the spotlight with a new venture: direct-to-consumer rug business.

Foley’s new company is called “Ernesta.” According to Forbes, he started the custom rug company with two other co-founders from Peloton.

Transitioning from slapping an iPad on a bike or treadmill to selling custom rugs seems like an unlikely path for the former billionaire. But maybe after borrowing millions of dollars worth of stock collateralized with Peloton shares and receiving repeated margin calls from Goldman Sachs, the rug business is his best bet to make a rebound.

On Monday, Ernesta announced $25 million in venture capital funding. The company is stacked with ex-Peloton managers and is hoping to take a slice of the high-end rug market.

“With Peloton, we didn’t know if it would be a success or not, but I knew that working with good people was a valuable way to spend my time.

“Rugs might seem like a potentially uninteresting category, but there’s probably at least one in your house. They’re ubiquitous, and people don’t spend a lot of time worrying about them,” Peloton and Ernesta co-founder Hisao Kushi told Forbes.

Custom Market Insights released a report in July that showed more than 100 million rugs are sold in the US yearly. The rug market is expected to expand from $18 billion this year to $25 billion by 2030. Foley said for Ernesta to be successful, it needs to capture only a fraction of such volume.

“Ernesta won’t attempt to vertically integrate its supply chain. Instead, the company will work with business-to-business partners in Georgia to source rolls of carpet in bulk, then cut them to order in a New Jersey warehouse to ship either directly or through logistics partners,” Forbes said.

At least Foley can now sell Peloton customers a fancy rug for their bike. What a dramatic shift for the former billionaire … from bikes to rugs.