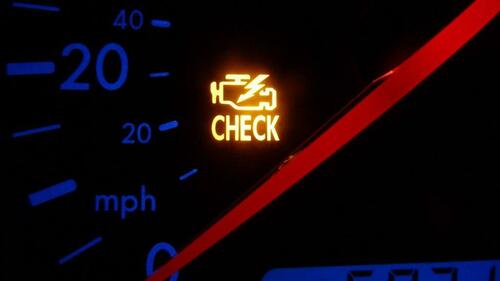 Auto loan delinquencies have risen to the highest level in over 10 years, according to TransUnion.

TransUnion tracks more than 81 million auto loans in the United States. According to the consumer credit reporting agency, 1.65% of auto loans were at least 60 days delinquent in the third quarter. That is the highest rate for 60-day-plus delinquencies in more than a decade.

TransUnion senior vice-president Satyan Merchant told CNBC inflation was making it difficult for people to keep up with their car payments.

Consumers still want to stay current as best that they can. It’s just this inflationary environment is making it challenging. It leaves fewer dollars in their pocket to make the auto loan payment, because they’ve got to pay more for eggs and milk and other things.”

Unsurprisingly, subprime borrowers are having the most difficult time keeping up with their payments.

With loan-accommodation programs implemented during the pandemic, some borrowers managed to avoid delinquency. As those programs have ended, delinquencies have spiked. Merchant told CNBC that these programs pushed some delinquencies into the future.

According to TransUnion, 200,000 borrowers who took advantage of the pandemic-era auto loan accommodation programs are now listed as 60 days delinquent.

Like mortgage rates, auto loan rates have increased significantly since the Fed started pushing up rates to battle inflation. The average interest rate on new-vehicle loans rose to 5.2% in Q3. Interest rates on used vehicle loans average 9.7%. Combined with the rising cost of both new and used vehicles, along with rising fuel prices, the cost of owning a car continues to rise dramatically.

Merchant told CNBC that a rise in unemployment would create a bigger jump in auto loan delinquencies.

If we get into a position where employment starts to be a challenge in the United States and unemployment increases, that is when the industry will really start to be concerned about a consumer’s ability to pay their auto loans.”

The Federal Reserve blew up an auto bubble with years of artificially low interest rates after the 2008 financial crisis. The air was coming out of that bubble as the Fed tightened interest rates in 2018. The Fed pivot in 2019 and then the return to zero percent interest rates during the pandemic gave pumped air back into the deflating bubble, but with the Fed now tightening monetary policy once again, the air appears to be seeping out.

This is another example of how the combination of inflation, rising interest rates, and a deteriorating economy is negatively impacting average Americans. We see the same dynamics popping up in other sectors, including housing. This flashes warning signals that things in the economy could deteriorate very quickly in the near future as this deterioration compounds and snowballs.

For now, American consumers are managing to limp along using credit and savings accumulated during the pandemic. But savings are quickly being depleted and debt has limits.