China Develops ‘Back To The Future-Style Hoverboard’ Able To Climb 10,000 Feet 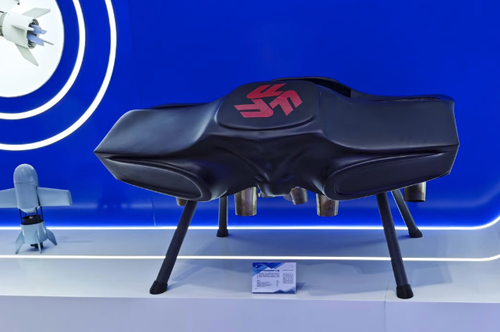 A Chinese defense contractor is preparing for the first human test flight of a jet-propelled skateboard next year, the South China Morning Post (SCMP) reported.

The vertical take-off device, in the shape of Back to the Future II’s Marty McFly’s Mattel Hoverboard, can lift a person weighing up to 220 pounds to an altitude of nearly 10,000 feet. The operator of the skateboard, dubbed “SF-FB-30,” can fly for as long as ten minutes at speeds up to 93 mph.

SF-FB-30’s flight control system is powered by artificial intelligence, allowing the operator to maneuver the flying board just like a “skateboard,” the Beijing Institute of Power Machinery, a contractor for China’s space program and hypersonic weapons, wrote in a poster at the International Aviation and Aerospace Exhibition in Zhuhai, Guangdong, this week.

“We are making the fastest progress in China. Our machine is simpler and easier to use than similar projects in other countries,” a Beijing Institute of Power Machinery representative told SCMP.

The representative said the board’s artificial intelligence could fly itself and haul cargo or even transport a passenger.

The institute said the board has defense applications, such as using it to board a hijacked container ship. Besides military use, the board could be used in the civilian world for search and rescue operations, building evacuation, and urban transport.

Meanwhile, in the Western world, British soldiers fly around in ‘Iron Man-style’ jetpacks to practice boarding enemy or hijacked vessels.

Gravity Industries, a human flight start-up based out of the UK, recently released footage of these jetpacks flying around New York City’s harbor. 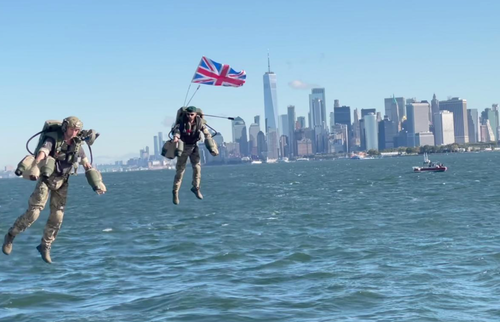 So besides hypersonic weapons, AI drones, and fifth and soon sixth-generation planes, global superpowers are seeking jet-propelled skateboards and jetpacks for new mobility capabilities on the modern battlefield.