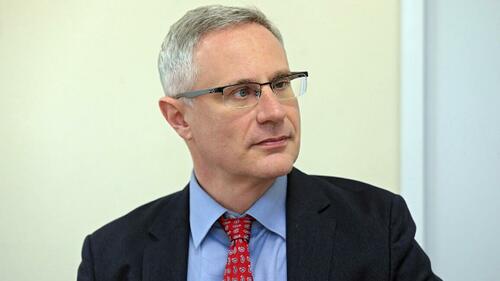 Despite Ukraine for months essentially begging the Israeli government to supply it with lethal weapons amid the Russian invasion, Ukraine voted at the UN to send Israel to the Hague-based International Court of Justice (ICJ).

The UN resolution was voted on in the General Assembly on Friday, and it urged an international investigation into Israel’s occupation of Palestinian lands, as well as “annexation” activities and alleged human rights abuses against Palestinians. Ukraine’s representative registered a “yes” vote, and the resolution will now proceed to the next stage (a Generally Assembly plenary, likely next month), given it passed with 98 countries in favor, 17 countries opposed and 52 abstentions.

🇺🇦 Also Ukraine: Votes in the UN to take Israel to International Criminal Court for crimes against humanity 🤣

You can’t make this up 🤡 pic.twitter.com/srdt26qzpc

Israel was livid following the vote, and summoned the Ukrainian ambassador to issue a formal rebuke and reprimand.

The United States of course voted against the draft resolution, while interestingly both Russia and Ukraine voted in favor.

The UN vote is deeply awkward and somewhat embarrassing timing for Ukraine given President Zelensky has recently lashed out publicly against Israel for refusing to send its Iron Dome anti-air defense system.

In October, Zelensky said in a virtual speech to a conference organized by the Israeli newspaper Haaretz, “Isn’t it time for your state to choose who you are with as well?” In addressing Israeli decision-makers, he then charged that in refusing to send arms Israel is turning “a blind eye to Russian terror”.

Interestingly, some top officials within the Ukrainian government are also expressing their embarrassment:

In an online livestream, the close aide to the Ukrainian premier said “Ukraine’s foreign ministry’s position was illogical and unacceptable.”

“We’re teaming up with Russia and Iran who are attacking us, and distancing ourselves from Israel — which we want as an ally,” Aristovich said.

“Ukraine must at least abstain from such votes,” he added.

Certainly Israel is now going to be much less willing to even contemplate sending lethal arms to the Ukrainians, even despite pressure from the White House to do more than just humanitarian or non-lethal aid.