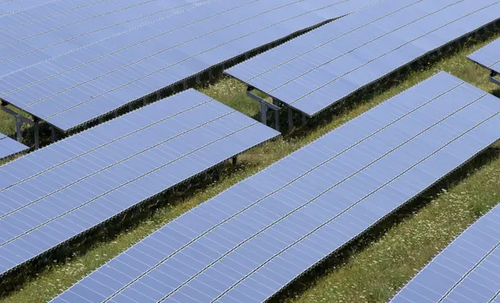 Believe it or not, another solar energy company has gone bust. This time, it was one of the largest in England.

Toucan Energy Holdings 1 Ltd., based in Essex, Southern England, has gone into administration after racking up a whopping half a billion pounds in debt, according to a new Bloomberg report.

The company owns 53 solar farms across the country and had borrowed £655 million from Thurrock Council over the course of four years to try and finance its expansion, the report notes.

The investments are now being called “a scandal of huge proportions” by the council’s opposition. Thurrock Council has since appointed administrators to try and sell off the farms and return some cash to the council. The liquidation is supposed to “maximize recovery” for taxpayers, the current leader of the council said.

Administrators at Interpath Advisory have been appointed to the company to help it manage, and liquidate, its portfolio.

Ultimately, his investments could wind up causing taxpayers £200m, according to follow up reporting by The Guardian. There was also the issue of a “£138m payment that reportedly never reached the scheme’s management company” that is being investigated.

The council’s current leader stated: “This is a positive move forward in enabling Thurrock council to resolve its financial position and maximise recovery for Thurrock residents. The solar farms held by Toucan continue to generate income and as the primary creditor Thurrock council will be able to seek to recover the value of investment.”

He continued: “I am confident that the decision to place Toucan into administration is a significant step to reducing our overall debt.”