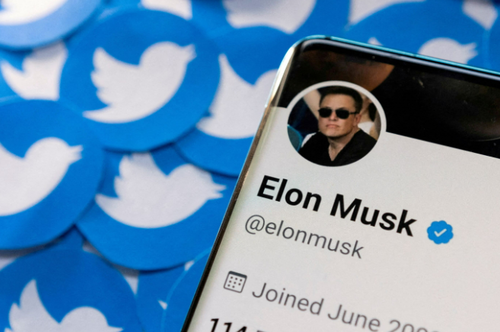 A good measure of the value of an employee to a company is if their absence makes things more difficult for everyone else, or their absence is barely noticed.  If an employee makes no difference and adds no value then there is no point in keeping them around.

Twitter is quickly becoming a blaring example of this issue.  Alleged leaks from within the company suggest that most employees under previous management barely worked and are devout “communists” with a hatred of free speech.  The leaks also claim that Twitter employees were far more concerned with censoring conservative voices than doing their jobs.

From comments made on social media by employees since Musk’s takeover, it appears that these rumors are correct.

For many years now Twitter has operated less like a company and more like a cult compound for leftist ideologues, with free lunches, yoga rooms, smoothie bars, wine bars, expresso bars, and minimal work buffered by pointless meetings and near zero productivity. The company runs a collectivist daycare for overgrown children; 7500 of them along with 5500 outside contractors.

Musk fired at least 3500 primary staff members and it is also recently reported that he has purged at least 4500 outside contractors, many of them moderators tasked with filtering “misinformation”.  Interestingly, Twitter users have not noticed much of a difference in terms of functionality for the platform despite the mass layoffs.  The only difference has been the ability to speak more freely.

Initial reports of the firings led people to speculate that Musk’s actions might be “heavy handed” and that, surely, a lot of employees have nothing to do with the politically motivated side of the platform.  However, employee comments suggest that an internal agenda to sabotage the site is underway, justified by purely political ideals, as well as angry reactions to basic responsibilities such as showing up to work for 40 hours a week.  Musk’s call for free speech on the platform has also elicited a flurry of vitriol, not only from former Twitter management but also a host of average workers.

The mainstream media argues that Musk’s firings of employees attacking his takeover is hypocritical because it runs contrary to his free speech ideals.  This is a rather ignorant notion often employed by leftists as a means to undermine otherwise logical and legitimate measures by free speech advocates to protect themselves from subversion.  Employees on the job do not have free speech rights, and are not protected from being fired if their goal is to throw a monkey wrench into the company’s functionality or survivability.

Employees are paid to do a specific job, and while opinions on the overall operation of the business might be valuable, these views should be expressed privately rather than as a vain attempt to engage in activism and get attention.  In the past few years American culture has seen a complete degradation of work ethic that revolves around the idea that workers should have a collective say in the decisions and greater purpose of the company.  It is most prevalent in Big Tech and it’s a disaster that needs to be corrected.

It’s only been a few weeks since Twitter came under new ownership and the future of the company remains uncertain.  There are millions of people expecting changes to happen quickly and expecting past wrongs to be righted immediately.  These things take time and it will be interesting to see how Twitter develops in the coming months without the obsessively biased influence of political zealots.

One thing that does provide hope is the employee layoffs.  Very few if any of these people have offered anything but rage in response to Musk’s plan for more free speech and it is clear that the site cannot move forward with such workers still attached.  In other words, these people are getting exactly what they deserve, and it may be prudent for Elon Musk to fire almost everyone and relocate the Twitter HQ to another city and state in due course.

In the meantime, watching censor-happy extremists lose their power and their positions of influence has been perhaps the most enjoyable part of this year so far.