There Is Light At The End Of The “Inflation Tunnel”, But We’re Not There Yet! 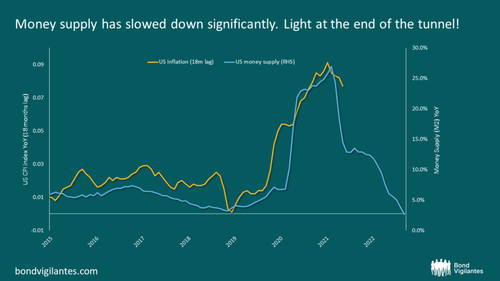 Authored by Carlo Putti via BondVigilantes.com,

The latest US inflation report came in softer than expected, with headline inflation now at 7.7% YoY and core inflation at 6.3% YoY. Inflationary pressures eased a touch as the deceleration in CPI was generally broad-based. Core goods inflation turned negative for the month while core services ex-rents inflation decelerated (this was partially due, however, to a technical change in insurance inflation). Rents generally remains elevated, but will likely soften going forward reflecting the current state of the housing market.

Overall the report was positive, reinforcing the idea that inflation has peaked and is starting to lower. However, it provided us with very little comfort as to where inflation is going to settle. While there is clearly some positive news on the inflation front, which will help inflation trend lower next year, there are still some negative factors which will likely prevent inflation from falling back to 2% anytime soon.

The huge injection of money since the beginning of Covid is what caused inflation, but since then money supply growth (as measured by M2) has slowed down significantly and is now at a level consistent with 2% inflation.

Rents are key in forecasting US inflation as they represent a big part of the index (c. 30% for headline CPI and c. 40% for core CPI). Rents have been rising for most of the year, helping push inflation higher, but we now might be close to a turning point. Rents in the CPI index is usually a lagging indicator, due to the way it is constructed (for example, data for official rents is collected only twice per year in order to capture a larger sample). There are, however, more timely – albeit arguably less accurate – rents indicators and they all are suggesting a slowdown in rents growth. This slowdown will likely start to be reflected in official measures too over the next few months. 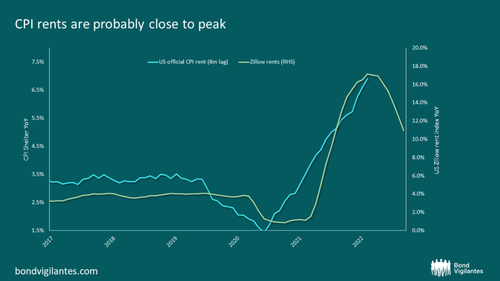 The US dollar has been rising sharply this year and this has impacted and will continue to impact inflation, particularly goods inflation. As most of goods are imported, a strong US dollar will likely results in lower goods prices. 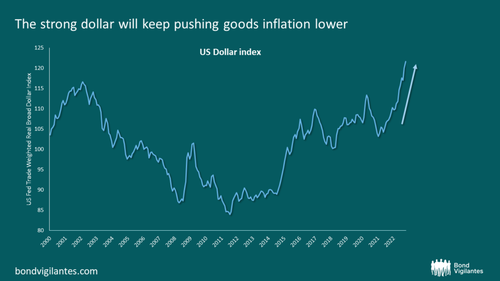 This is more of a short term effect which might help to push YoY inflation lower. Last year, from October to February, core CPI was fairly high averaging almost 0.6% MoM. This means that, for core inflation to keep rising YoY, we need to see some fairly high MoM numbers over the next 5 months: possible, but tough given that core goods inflation is decelerating while rents growth will likely start to moderate soon. 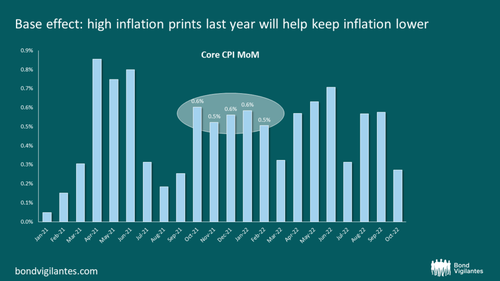 Inflation is now broad-based. It is not just a few items driving overall inflation up: most of the items are now seeing prices rising fast. A good way to visualise this is to look at median CPI, which is less impacted by outliers since it focuses on the core of the distribution. Inflation remains very much broad-based. 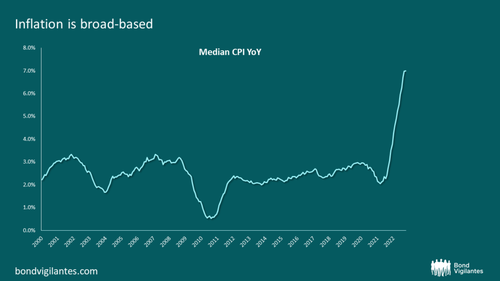 As economies reopened, people started to shift their consumption away from goods into services. As a result, goods inflation is now decelerating, while service inflation is rising fast. The problem is that service inflation, unlike goods inflation, is usually very sticky. As a result, we might not see a sharp deceleration in inflation anytime soon. Below you can see a chart showing the sticky components of inflation vs the more volatile items. While the latter have started to trend lower, the sticky part of the inflation basket is now on the rise. 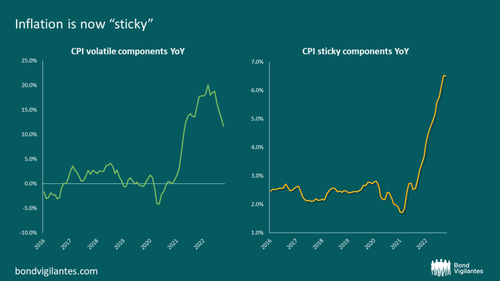 Wages have been rising this year and this is important as wages are the major input cost for most services. If wage growth remains high or even accelerates from here, there is potential for more inflation surprises going forward. Keep an eye on wages and on a potential wage-price spiral as this could completely change the inflation picture for next year. 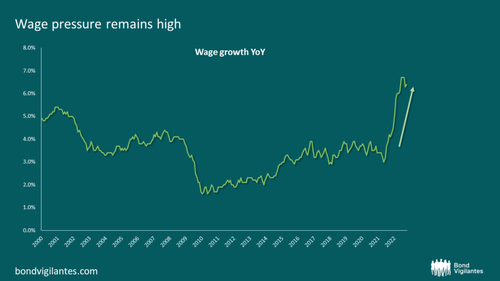 One thing that hasn’t been discussed much so far is money velocity (how quickly money circulates within the economy). Higher rates usually pushes velocity up as consumers look for opportunities to deploy their cash. Recently, we have seen an acceleration in money velocity. If this continues, inflation might remain elevated even if money supply falls. 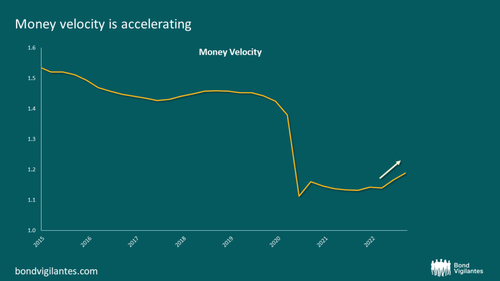 There seems to be light at the end of the inflation tunnel, particularly as money supply has collapsed down to levels consistent with 2% inflation. Quantitative tightening can accelerate this trend further, potentially pushing M2 into negative territory. Inflation has now become very sticky and broad-based, however, while wage growth is still not consistent with 2% inflation. Moreover, the velocity of money remains a big unknown and could keep inflation high even if money supply falls.