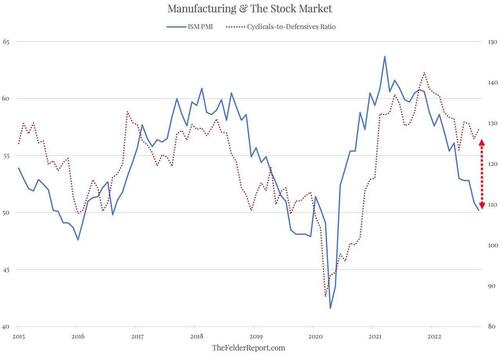 Is a “hard landing” coming, economically speaking, as the Fed continues its most aggressive rate hike campaign in 40 years? Investors don’t seem to think so as investors continue to chase economically sensitive stocks despite the underlying economic deterioration. Such was a point made recently by Jesse Felder, noting:

“The cyclicals-to-defensives ratio has yet to really react even to the slowdown in the economy we have already seen over the past year or so as indicated by the reversal in the ISM Manufacturing PMI. If the latter continues to deteriorate in the months ahead, cyclicals (like the tech and consumer discretionary sectors) could have a great deal of pain still in front of them.“

His point is worth noting because investors have piled into stocks historically sensitive to economic changes. This year, however, has been a bit of a conundrum as the Energy sector, normally the most sensitive to economic weakness surged due to the Russia/Ukraine war, supply challenges, and political restrictions that keep oil prices elevated.

Such is notable because while corporate earnings have declined this year, much of the weakness is masked by the exceptionally strong results from the energy sector. 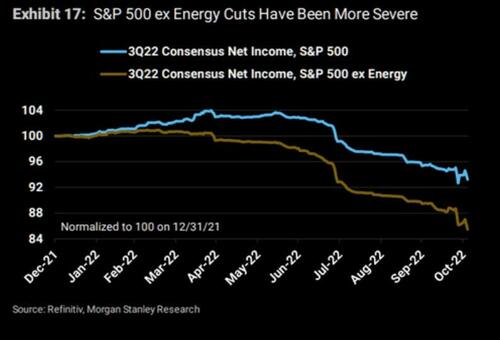 However, the risk going into 2023 is that those “cyclically sensitive” sectors catch down to economic realities as the impact of the Fed’s rate hikes begins to affect consumers.

As noted previously, the Federal Reserve has never entered into a rate hiking campaign with a ” positive outcome.” Instead, every previous adventure to control economic outcomes by the Federal Reserve has resulted in a recession, bear market, or some “event” that required a reversal of monetary policy. Or, rather, a “hard landing.” 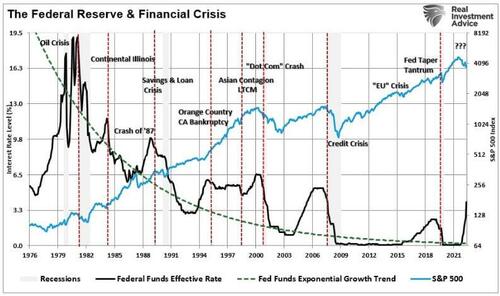 Given the steepness of the current campaign, it is unlikely that the economy will remain unscathed as savings rates drop markedly. More importantly, the rate increase directly impacts households dependent on credit card debt to make ends meet. This has been the case over the last 30 years as the rise in consumption, which is ~70% of economic growth, was supported by an increasing debt as wages failed to keep up. 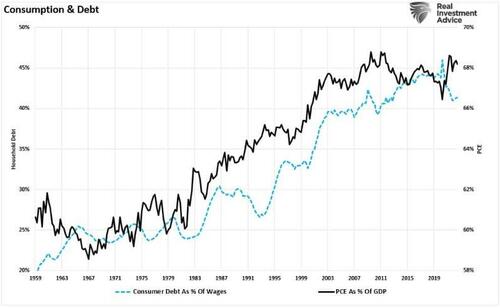 Such is why, as seen in the last National Federation Of Independent Business (NFIB) survey, the number of businesses with souring economic outlooks continues to rise. Of course, if business owners expect weaker economic growth, they won’t invest in business expansion or increasing employment.

Since employment is one of the highest costs to business profitability, reductions in employment become initially concentrated at firms where higher prices reduce sales quickly. As the “hard landing” becomes more evident, firms will reduce headcount more rapidly as high wages are corrosive to earnings and corporate margins. 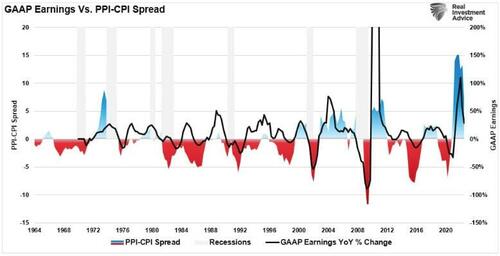 While investors may not think a hard landing is coming, the risk to consumption due to indebtedness and surging rates suggest differently. Importantly, what matters most for investors is the coincident repricing of assets as earnings decline due to the contraction in consumption.

We previously discussed that estimated earnings for the S&P 500 companies remain highly elevated. Such gives investors a false sense of security by assuming “forward valuations” suggest stocks are priced fairly. In reality, many companies in the index remain overvalued despite the price decline in 2022. More importantly, earnings have not accounted for a potential “hard landing” economically. In 2019, earnings declined by more than 30%. Even the “soft landing” in 2015 saw earnings decline by more than 10% compared to current estimates. 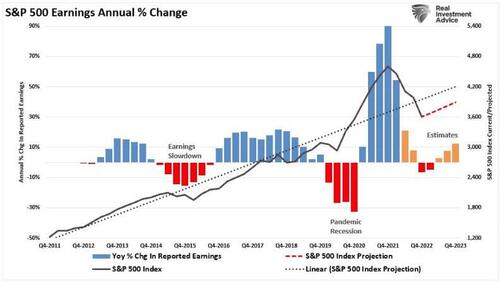 More importantly, despite recent downward revisions, current estimates still exceed the historical 6% exponential growth trend. That trend has contained earnings growth since 1950. Currently, earnings estimates exceed that trend by one of the most significant deviations ever. The only two previous periods with similar deviations are the Financial Crisis and the Dot.com bubble. 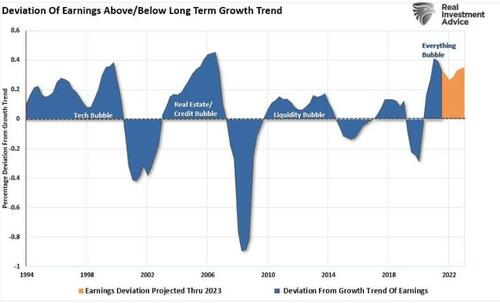 More significant is that earnings estimates DO NOT SURVIVE economic “hard landings.“

As shown, the composite economic index (EOCI) is already signaling that earnings will decline further as the economy slows. The deeper the recession, the deeper the earnings decline will be. 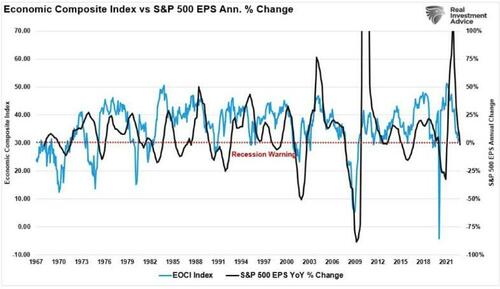 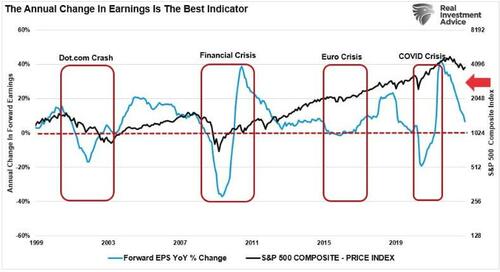 Therein lies the risk. Since earnings remain correlated to economic growth, earnings decline as rate hikes ensue. Such is especially the case in more aggressive campaigns. Therefore, market prices have likely not discounted earnings enough to accommodate a further decline. 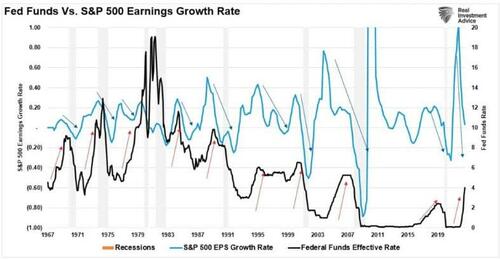 In other words, “fair value” for the market could still be substantially lower.

A “hard landing” will likely reveal how much lower that could be.