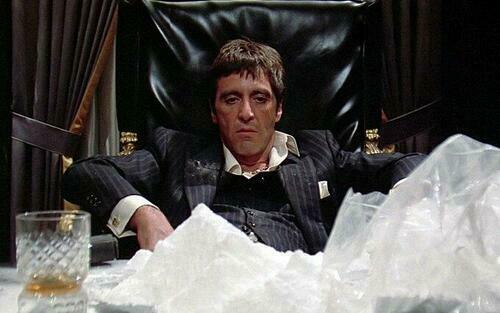 As we noted in June, Europe seized a record amount of cocaine in 2020 – in which Belgium saw the greatest amount intercepted of any country, followed by The Netherlands, and Spain.

This year, Belgian customs agents have seized so much blow – particularly at the Antwerp port – that it’s overloading their incinerators, according to local outlet VRT News.

Last year, 90 tonnes of cocaine were seized at the port of Antwerp alone, a figure which is likely to surpass 100 tonnes before the end of 2022.

Drugs seized by Belgian officials are destroyed in specially licensed incinerators which are kept at undisclosed locations to thwart criminals seeking to stage a raid at one of the sites.

The Federal Justice Minister Vincent Van Quickenborne (Flemish liberal) told VRT News that drugs that are seized are closely monitored “The storage of the batches of cocaine seized is the responsibility of the customs service. These batches are of course closely monitored by the police, customs and other services. They do everything necessary to limit the security risk. However, there has been something of a bottleneck as there have been so many seizures and also because just one incinerator was in use. Moreover, you cannot burn these batches in bulk, in one go, in large quantities as this would cause issues with the filters at the incineration plant.”  -VRT

“We have already found some new capacity where several tonnes of cocaine have already been destroyed,” Van Quickenborne told VRT.

“We have also held talks with the Mayor of Antwerp and with my colleague Zuhal Demir (The Flemish Environment Minister, nationalist) who is responsible for incinerators, to see if we can find additional capacity. These talks are going well.”

The incinerators are made available by appointment only. “The more cocaine you seize, the more time you need. And there is a lot of cocaine,” explained Van Quickenborne, who added that customs officials are negotiating with Environment Minister Zuhal Demir, who is in charge of the incinerators, and that the talks are “going well.”

According to a representative of FPS Finance, the parent agency of Belgium’s customs service, “The rapid destruction of confiscated goods is an ongoing challenge,” adding “Due to the technical limitation of the licensed incinerators and environmental standards, we have to use several incinerators.“