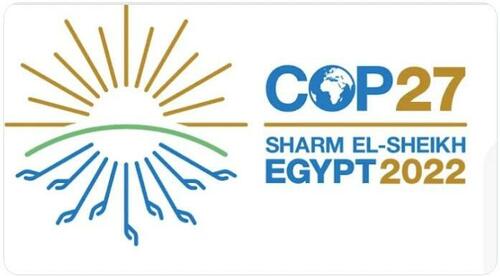 Please consider these COP 27 Closing Statements by the Secretary-General.

“It’s a well-known fact that the United States and many other countries will not establish…some sort of legal structure that is tied to compensation or liability. That’s just not happening.“

In case you are wondering about the Secretary-General’s statement regarding a loss and damage fund, John Kerry signed up for it at the conference.

The use of climate policy to soak Americans keeps getting worse, and the United Nation’s climate conference in Egypt ended this weekend with agreement on a new fund to pay reparations to poor countries. Welcome to the latest climate shakedown.

Poor countries have long sought to force wealthy countries to pay for the “loss and damage” they suffer from natural disasters that are supposedly climate-related. This is separate from the $100 billion a year that rich countries have promised to help poor countries reduce emissions and adapt to climate change.

Wealthy countries will now set up a fund to cover climate damage for the least developed countries—i.e., not China or middle-income nations. This will be financed from “a broad donor base” and “mosaic of solutions,” such as international development banks and taxes on aviation, shipping and fossil fuels.

In return for climate reparations, Mr. Kerry tried to force an agreement to phase down “unabated” fossil fuels. Low-income countries understandably refused since doing so would consign their citizens to poverty. The Biden climate agenda has increased energy prices in the U.S., and the climate lobby doesn’t mind if this misery spreads around the world.

Somehow this is more magic money from somewhere and no one has to pay a dime.

This is why there are no details now. The magic will be flushed out later after people have long forgotten the promise that it won’t cost anything.

800 private jets flew to Egypt to tell you to ride your bike to work. #COP27 pic.twitter.com/x2ondjyyqG

Meanwhile, the WSJ notes that China emits two-thirds more CO2 than Europe and the U.S. combined. Coal accounts for 60% of China’s power generation, and more new coal plants are set for approval through 2025 than the entire existing U.S. fleet. China says it needs more coal power for energy security and, unlike Europe and the U.S., it won’t commit climate suicide.