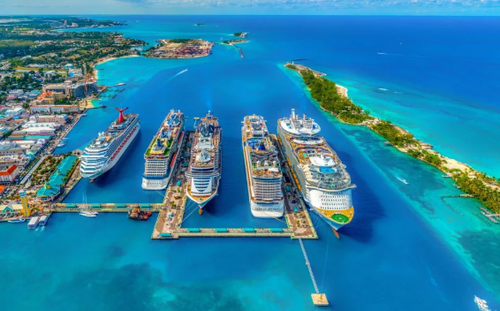 Sam Bankman-Fried’s parents were also among a group that “bought at least 19 properties worth nearly $121 million in the Bahamas over the past two years”, Reuters reported Tuesday morning, citing official property records.

Most of the property purchases were “luxury beachfront homes, including seven condominiums in an expensive resort community called Albany, costing almost $72 million”, the report says. The properties were officially purchased by a unit of FTX.

The deeds of the properties showed that they would be used for “residence for key personnel” of FTX, Reuters wrote:

Other high-end real estate purchases include three condominiums at One Cable Beach, a beachfront residence in New Providence. Records showed the condominiums cost between $950,000 and $2 million and were bought by Nishad Singh, the former head of engineering at FTX, Gary Wang, an FTX co-founder, and Bankman-Fried for residential use.

Stanford University law professors Joseph Bankman and Barbara Fried were listed as signatories on a home in Old Fort Bay that was said to be used as a “vacation home”. Reuters was able to contact a spokesperson for the professors, who said they had “been trying to return the property to FTX”.

Sure, now that the company has blown up…easy decision.

As we said on Twitter this morning, it’s great work if you can get it…

The spokesperson told Reuters: “Since before the bankruptcy proceedings, Mr. Bankman and Ms. Fried have been seeking to return the deed to the company and are awaiting further instructions.”

Reuters unearthed the new details by searching records at the Bahamas Registrar General’s Department “for FTX, Bankman-Fried, his parents and some of the company’s key executives”.

FTX’s headquarters is now abandoned, the report says. The $4.5 million plot of land is empty.