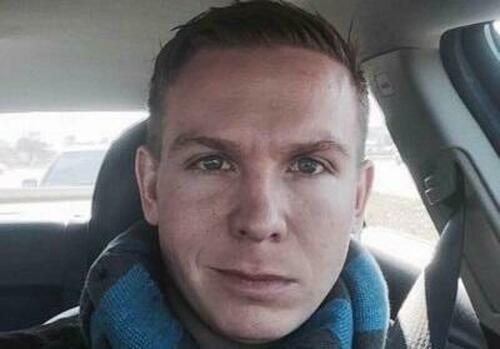 On Tuesday we reported that the Associated Press had fired reporter James LaPorta, two days before his birthday, over an erroneous report which cited a ‘senior US intelligence official,’ who claimed that a Russian missile fired into Poland had killed two civilians.

If true, the bombshell development could have potentially triggered ‘Article 5‘ – the mutual defense agreement between NATO members, risking WWIII.

AP later retracted the story after it was revealed that Ukraine fired the missile, and the outlet issued the following correction which pinned blame on the anonymous intelligence official;

In earlier versions of a story published November 15, 2022, The Associated Press reported erroneously, based on information from a senior American intelligence official who spoke on condition of anonymity, that Russian missiles had crossed into Poland and killed two people. Subsequent reporting showed that the missiles were Russian-made and most likely fired by Ukraine in defense against a Russian attack.

Five days after the report, LaPorta was fired. But Slack messages obtained by Semafor reveal that he did nothing wrong – aside from working for AP in the first place.

The messages begin with LaPorta passing along a tip from a “senior American intelligence official” who was “vetted by Ron Nixon.” Nixon is an Associated Press vice president.

Next, editor Lisa Leff asked if the wire service could run with the narrative despite having a single source – which is against AP‘s rules for anonymous sources.

“that call is above my pay grade,” LaPorta replied. 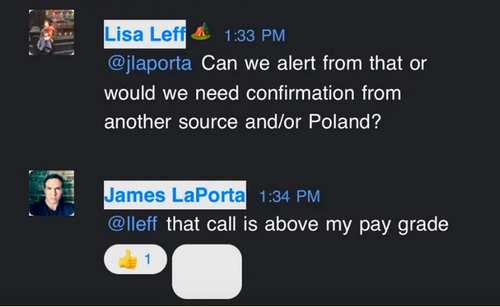 Another AP reporter, Vanessa Gera, suggests moving forward with the report, writing, “I can’t imagine a US intelligence official would be wrong on this.“ 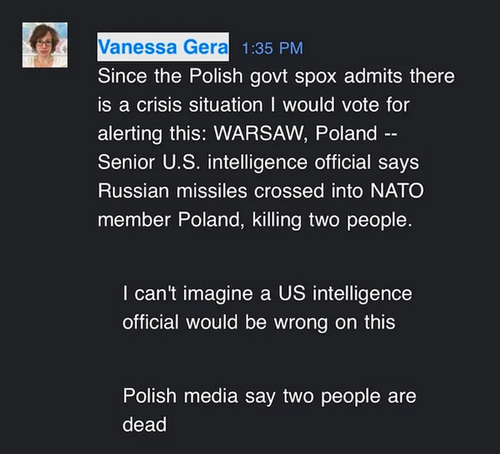 Leff then asks PaPorta if he is “in position to work up an urgent” – to which he replies, “No, I’m actually at a doctor’s appointment. What I passed is all I know at the moment.” 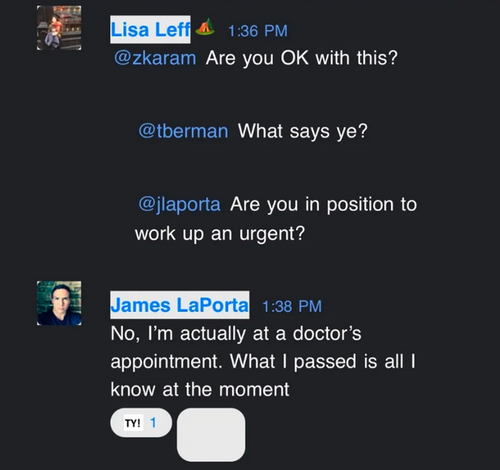 Then, Gera and Leff decide to run with it. 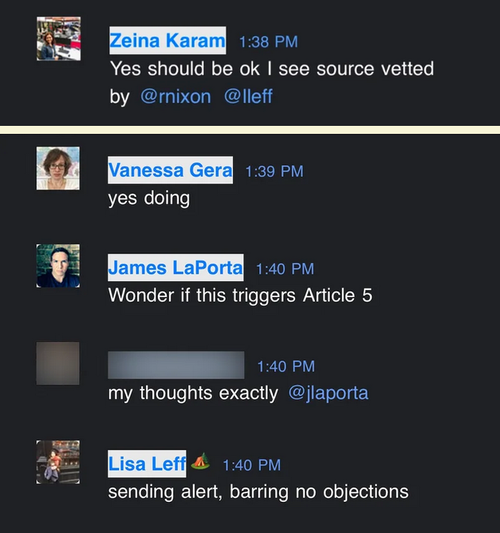 In short, LaPorta – a former USMC infantryman, was fired after forwarding a tip from a vetted source, and then demurring when asked if he thought they should run with it.

Oddly (or maybe there’s a perfectly good reason for it), journalist John Leichester’s name was also on the byline of the article in question despite being nowhere in the slack conversation – though he wasn’t fired.

While LaPorta said Nixon had vetted his source, Nixon later said he did not know that the source was being cited for the missile story, according to people who spoke to David Bauder, an Associated Press reporter.

The Associated Press has taken additional disciplinary action but declined to say against whom that action was taken. There have been no reports of any person besides LaPorta losing a job, including John Leicester, who was also listed on the byline.

According to Bauder, Leicester was not involved with the anonymously sourced material being placed into the story. –The Epoch Times

Most importantly, however, who was the anonymous ‘senior US intelligence official’ that fed LaPorta a false narrative which risked WWIII?