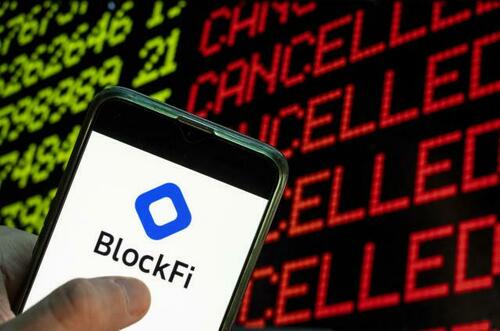 Crypto lender BlockFi will file for a widely anticipated bankruptcy on Monday, as the fallout from FTX’s implosion continue to spread, a source at the company tells Decrypt.

The New Jersey-based company will “will focus on recovering all obligations owed to BlockFi,” but that “recoveries from FTX will be delayed” due to ongoing bankruptcy proceedings at the failed crypto exchange, reads an official statement.

“With the collapse of FTX, the BlockFi management team and board of directors immediately took action to protect clients and the Company,” said Mark Renzi, the company’s financial adviser.

According to the filing, BlockFi has between 1 and 10 billion in liabilities.

Creditors – of which there are an estimated 100,000 or more, include FTX (second-largest) and the SEC.

The filing also confirms that the company has $256.9 million in cash on hand.

BlockFi allows users to earn a yield for depositing (or ‘staking’) idle cryptocurrencies on the platform. The firm first halted withdrawals on November 11, the day FTX filed for bankruptcy.

“We, like the rest of the world, found out about this situation through Twitter,” BlockFi said at the time. “We are shocked and dismayed by the news regarding FTX and Alameda.”

Around a week later, a source at BlockFi told Decrypt that it was considering bankruptcy.

As Bitcoin Magazine notes, This filing is yet another example of lenders facing insolvency in recent months in the wake of industry-wide collapse. In July of this year, Celsius filed for bankruptcy, and just recently, Genesis halted withdrawals, forcing Gemini Earn to as well.

According to a source that spoke with Decrypt, alongside the bankruptcy proceedings, BlockFi will also be laying off a “large portion” of its staff.

BlockFi was bailed out by FTX in June of 2022 as a result of contagion from the collapse of cryptocurrency hedge fund Three Arrows Capital, and was shortly acquired by FTX.

With the recent implosion of FTX and the connected Alameda Research hedge fund, questions about BlockFi’s ability to cover customer assets began to surface. These only increased after BlockFi confirmed they did not have further clarity on the situation surrounding FTX and began limiting customers on their platform, including halting withdrawals.

In a blog post, BlockFi included additional resources for customers with questions about the proceedings.

In related crypto news, Japanese social media firm Line will shutter Bitfront, its US crypto exchange, next year, in order to focus on other blockchain ventures.

“Despite our efforts to overcome the challenges in this rapidly-evolving industry, we have regretfully determined that we need to shut down BITFRONT in order to continue growing the LINE blockchain ecosystem and LINK token economy,” reads a Monday notice from the company.