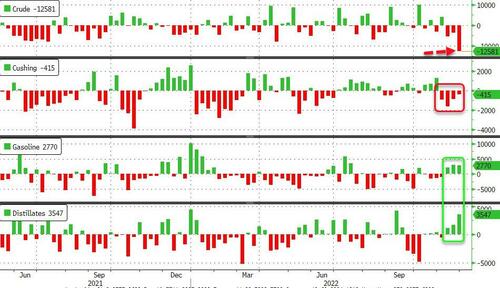 Oil prices extended yesterday’s gains this morning with WTI back above $80 after API reported inventories fell by almost 8 million barrels and further optimism of a rising demand outlook from China lifting Zero-COVID restrictions.

“Oil is starting to get its groove back and it looks like both supply and demand drivers could turn bullish for crude,” said Ed Moya, senior market analyst at Oanda Corp.

“If China’s Covid rules are slowly eased and OPEC stays the course, crude prices could rally another 5-10% here.”

Crude has recovered in recent days as EU discussions on a Russian price cap continue. Without the measures, companies will have no access to European or UK insurance when transporting the country’s crude, potentially risking supply disruption.

We note that while API reported a sizable crude draw, it also reported builds for gasoline and diesel stockpiles, which could indicate fuel demand has remained weak amid strong post-maintenance refinery production.

After API’s reported draw in crude and build in products, the official data confirmed it and then some with the biggest crude draw since June 2019 and huge product builds…

Combined with a 1.4mm drain from the SPR, this is a massive 14mm barrel draw in US crude stocks.

US crude and product exports hit a new record high… 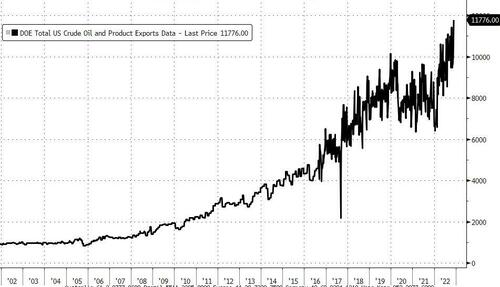 US Crude production picked up last week to 12.1mm b/d as rig counts continue to rise… 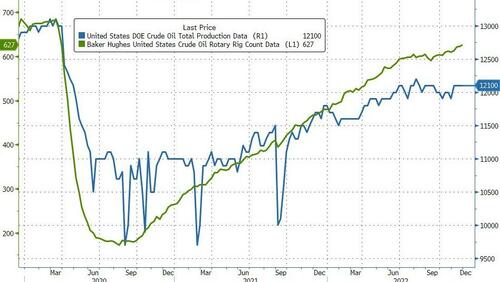 WTI was hovering just below $80.50 ahead of the official data and extended gains on the massive draw… 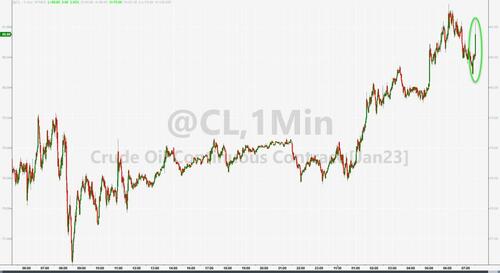 Notably, the shape of the futures curve has flipped in recent weeks, continuing to signal an oversupplied market. 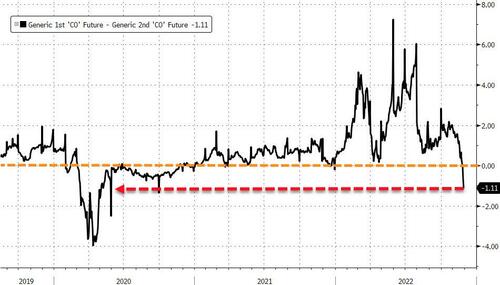 That is the largest contango since 2020.

There are several vital days for the oil market ahead. The European Union is yet to agree on a price cap for Russian oil with sanctions on the country’s exports due to come into effect on Dec. 5. The Organization of Petroleum Exporting Countries and allies are increasingly expected to hold production steady.

Finally, as Bloomberg’s Sheela Tobben reports, there is much focus this week on a possible rail-workers strike that could disrupt nationwide flows of a wide range of commodities including oil. For the petroleum industry, a strike could upend flows from crude to fuel ethanol to road asphalt, and volumes may vary. Even heating fuels such as propane could be impacted, and that may pose a tricky situation with low heating oil stocks in the Northeast as we head into winter.