When Is Christmas Already? 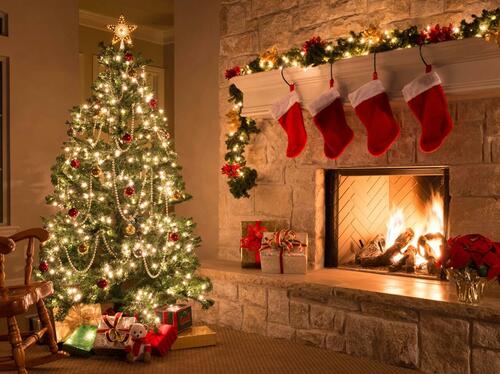 After the pandemic of 2020-21, this year has proved to be another year of major setbacks.

But for many there is always a glass half-full-take to these crises, especially as we enter the final month of year, known for its Christmas rallies.

So forget about winter and a recovery of demand in China pushing up commodity prices (iron ore has rallied 25% since end-October); forget about the energy-earthquake’s aftershocks still ripping through supply-chains; and forget about the cost-of-living crisis faced by many households.

Fed Chair Powell’s appearance at the Brookings Institution was one of the key elements that underpinned yesterday’s upbeat mood on US equity markets. It gave rise to hopes that IF the Fed slows down the pace of its rate hikes, it may also end up at a lower terminal rate. So rather than slowing down the car in order to get further (because of better fuel efficiency), the thinking appears to be that the Fed may stop along the way to enjoy the scenery. 2y Treasury yields fell more than 16bps, the 5y note even more than 18bps.

So what did Powell say? Well, actually, not much he hasn’t said before, as our own Fed watcher Philip Marey also concludes here. It was a repeat performance in which the Fed chair said that inflation is still “far too high”, adding that one downward surprise does provide little comfort against a backdrop of a string of upside surprises in recent years. Despite “substantial progress”, ongoing increases in rates will be appropriate and the Fed still sees reason to reach for a terminal rate that is somewhat higher than thought in September. Key to get inflation back down, according to Powell, is an improvement in demand-supply imbalances in the labor market. And this requires a slower pace of growth for a sustained period, as some of these imbalances are due to structurally lower labor supply. Restoring price stability will likely require a restrictive level of rates for some time and history cautions strongly against prematurely loosening policy. But given lags in the response of the economy and inflation to monetary policy, it now does make sense to moderate the pace of rate increases going forward. In our view, that is still consistent with a 50bp hike in December, a terminal rate in the neighborhood of 5% and no pivot in 2023. But for the market it was enough to raise their half filled glasses.

Slightly under the radar of many observers, meanwhile, was the passage of a bill in the US House of Representatives that should avert nationwide freight rail strikes. The legislation has been the result of an intervention by President Biden in order to impose a labor agreement reached earlier this year by rail companies and unions but which had not been endorsed by workers in four of twelve unions. The bill, which comes with a separate bill on improved sick-leave provisions still needs to pass the Senate and that second bill may face difficulties in getting through the Senate. As Biden noted yesterday, “Without action this week, disruptions to our auto supply chains, our ability to move food to tables, and our ability to remove hazardous waste from gasoline refineries will begin […] The Senate must move quickly and send a bill to my desk for my signature immediately.” Should the Senate approve the first bill, a crippling strike in the freight rail sector will be derailed, albeit with grudging faces on some workers.

The third element stoking risk appetite was increasing evidence that China is creeping towards a less-stringent Covid-regime. “As the Omicron variant becomes less pathogenic, more people get vaccinated and our experience in Covid prevention accumulates, our fight against the pandemic is at a new stage and it comes with new tasks,” Vice Premier Sun Chunlan was quoted as saying in a meeting with the National Health Commission yesterday. Bloomberg notes that not using the specific “dynamic Covid Zero” term by its name probably wasn’t accidental. Our take is that the ‘refining’ of the zero-Covid strategy can be seen as a cautious and very gradual approach towards a new way of dealing with the virus. Having said that, we still expect that Covid will continue to force cities into intermittent lockdowns for at least until the next plenary session of parliament in March 2023 and possibly for the whole of 2023. However, the recent protests in China have ostensibly been putting additional pressure on the government to speed up the process of relaxation of the current strict Covid rules (although one could also argue that the current policy allows China to keep a tighter control). Indeed, an acute or near term significant change of zero-Covid would almost certainly lead to chaos in China’s healthcare system, amongst others. In our view, we would first need to see significantly higher protection/vaccination levels amongst the elderly and more stockpiles of medicines and equipment before the government will decide to fully open up the economy again.

But, perhaps more importantly, IF that happens, global demand is likely to receive a significant boost. To give one example: whilst Eurozone exports to China have basically stabilized over the last 18 months (after rising quite sharply during 2020 and early 2021), imports have skyrocketed. A reversal of that trend would surely add to the challenges that monetary policy is facing in the Eurozone. So whilst the assessment by markets of developments discussed above is unequivocally positive, it fails the consistency test.

As Macron is on a 3-day state visit to the US, European Council chairman Charles Michel is on a one-day hop to China to talk to President Xi Jinping. The Council’s official press release state that this follows the Council’s “strategic discussion on the European Union’s relations with China […] Against the backdrop of a tense geopolitical and economic environment, the visit is a timely opportunity for both EU and China to engage. The EU and Chinese leaders will discuss global challenges as well as subjects of common interest.”

Snippets from the talks suggest that Michel brought up the war in the Ukraine, drawing the comment from Xi that “Solving the Ukraine crisis through political means is in the best interest of Europa and the common interest of all countries in Eurasia” and that it is “necessary to avoid escalation and expansion of the crisis.” To some extent this is a repeat of the message that followed German Chancellor Scholz’ visit last month.

Michel was also said to have raised the issue of the increasing difficulties being faced by European investors and companies active in China, which for the latter appears to have been a good opportunity to call for a “finalizing of the Comprehensive Investment Agreement” that was suspended by European Parliament in May 2021 after China imposed sanctions on several high-profile members of the European Parliament and several other European officials.

Could that these two topics be tied into each other or become a quid pro quo (in other words, China putting more pressure on Russia in exchange for improved economic ties with the EU)? Well, that remains to be seen, as over the past years the relationship between the EU and China has steadily cooled; since March 2019 the EU sees China as a ‘systemic rival’ and Member States have raised their scrutiny levels of contacts and transactions. It is quite unlikely that this visit will lead to a major breakthrough as such, but the benefit of keeping communication lines open is probably something that both sides would agree on.