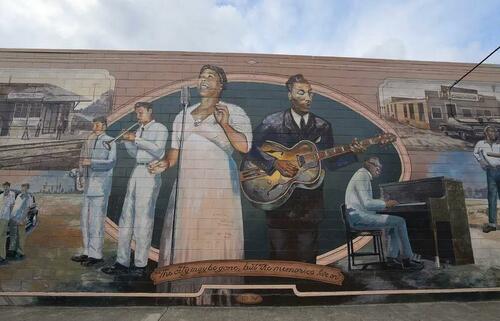 California taxpayers may be on the hook for as much as $223,200 for each descendant of slavery living in the Golden State, in order to compensate them for “housing discrimination,” according to the New York Times.

The nine-member Reparations Task Force, formed by California Governor Gavin Newsom, has been focusing on ways to counter the claimed housing discrimination. Overall reparations would cost approximately $569 billion to compensate the roughly 2.5 million black Californians for ‘setbacks’ between 1933 and 1977 – eclipsing the state’s $512.8 billion expenditure in 2021.

“We want to see the land and economic wealth stolen from Black families all across this country returned,” said activist Kavon Ward.

The panel is still mulling how payments should be made – with some suggesting tuition and housing grants, while others are suggesting cash. Final figures will be released in a 2023 report, which would then be up to the state Legislature to act upon the recommendations and figure out how to fund them.

They have also identified four other reasons for reparations – mass incarceration, unjust property seizures, devaluation of black businesses and health care. The $223,200 figure only applies to housing discrimination.

“We are looking at reparations on a scale that is the largest since Reconstruction,” task force member Jovan Scott Lewis, a Berkeley professor, told the Times.

Every year for almost three decades, Representative John Conyers Jr. of Michigan introduced legislation that would have created a commission to explore reparations, but the measure consistently stalled in Congress. After Mr. Conyers retired in 2017, Representative Sheila Jackson Lee of Texas began championing the measure, which passed a House committee for the first time last year, but stalled on the floor.

Underscoring the political hurdles, opinions on reparations are sharply divided by race. Last year, an online survey by the University of Massachusetts Amherst found that 86 percent of African Americans supported compensating the descendants of slaves, compared with 28 percent of white people. Other polls have also shown wide splits. -NYT

The Times points to Russell City, California as an example of housing discrimination. The city, once home to many black families who fled racial terror, was bulldozed and repolaced with an industrial park. Former resident Monique Henderson-Ford told the Times she was paid $2,200 for her home – less than 1/3 of what she paid.

“Imagine if the houses were still here,” she said, adding “We would all be sitting on a fortune.“