All About That Base, No Trouble 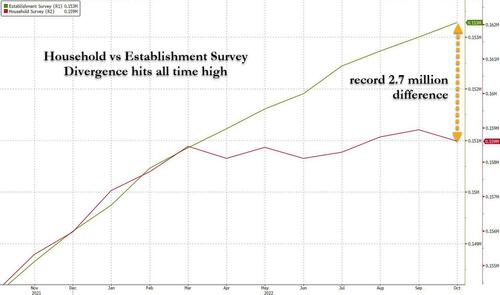 By Peter Tchir of Academy Securities

Last weekend we published Positioning & Key Drivers. Much of the work on interest rates followed up on the previous week’s Rates, Risk & Taylor Swift, but we really wanted to highlight “positioning”, aka “the base”. Positioning has been forming the “base” for market moves in both directions.

The market’s response to Fed Chair Powell finally agreeing with us (they have to be much more cautious on rate hikes going forward) exposed the broader positioning in bonds and possibly equities. The rallies were strong, though I’d argue that the equities rally was less about positioning and more about people finally having to accept that the Fed has little interest in driving the economy into the ground. Powell’s message was not contradicted by other Fed speakers and was actually reinforced by them (all good for stocks).

There is some furious debate over Friday’s market behavior.

What Did Friday’s Price Action Tell Us?

Price action early in the week was quite obvious. We saw weak data come in, which was coupled with the Fed pulling back on their tightening narrative (terminal rate is probably still too high).

Friday saw stocks and bonds collapse after the Non-Farm Payroll data was released. The strong headline data wasn’t the key driver (though it had some impact). What drove the initial sell-off in stocks and bonds was the high and unexpected jump in average wages. That part is clear. What is less clear is why stocks and bonds reversed course (the 10-year came back from 3.63% to 3.48% and the S&P 500 e-mini futures rebounded from 4,007 back to 4,075 at the 4pm close). There are two competing theories:

Maybe neither explanation is correct?

Maybe there are two other big factors influencing markets:

Of all these narratives, I like the “peace” one the best (as you can tell by the time spent on that subject relative to others). If we get another big rally in stocks, it could be linked to developments on this front.

We’ve examined no trouble, so what could cause more trouble? We covered this in more detail in Doesn’t Goldilocks Get Eaten in the End?, so we will just highlight the key issues.

When does bad news become bad? My guess is soon, even after Friday’s reversal (remember, Friday’s NFP data wasn’t really “bad” in any traditional sense, so it’s difficult to garner much information on how the market will respond to truly bad economic news, especially on the jobs front).

I like using the term pseudo-random as opposed to random because it sounds “smart,” but is actually appropriate as I’m going to apply it to the trading of daily and weekly expiration options. The prominence of these very short-dated options should not be understated. Report after report comes in showing that volumes in these options are increasing and are a large part of all options trading. This includes not just open interest, but also the back-and-forth trading of these contracts. This literally sets us up for large gamma moves each and every day. Any significant move has a greater likelihood of triggering additional buying or more selling, rather than encouraging profit taking or dip buying. It’s a minefield out there wondering what price point triggers buying from those who sold options, which in turn risks pushing levels to the next option point. It is a massive wildcard in trading these days.

But it is not random. There are clearly strategies involved in trading these and just because I don’t understand them (yet) doesn’t mean we should ignore them.

In terms of learning more, this is an area that requires more study and better understanding.

If it weren’t for my “hopes” that we will see some progress with Russia and Ukraine, I’d be in full anti-Goldilocks mode. Barring any positive news out of this war, I’d like to be in a “risk-off” position. Long/overweight bonds (especially in the 2-to-7-year part of the curve) and short/underweight credit spreads and equities.

Since this is what I believe most strongly, it is what I should do.

But, if you can’t beat them, join them, so I’d also buy some daily or weekly calls to benefit from any headline risk.

Maybe the “everyone is short thesis” is correct, but I’m still not there and don’t believe that last week really supported this theory. The moves were rational given the data (and guesstimating the impact of the short-dated expiration options).

On the Fed, I don’t expect them to backtrack, and I am looking for the data to drive the terminal rate lower.

It isn’t often that you can be in bearish mode with world peace as the risk against you, so hopefully we get that peace dividend and the daily call options pay off!