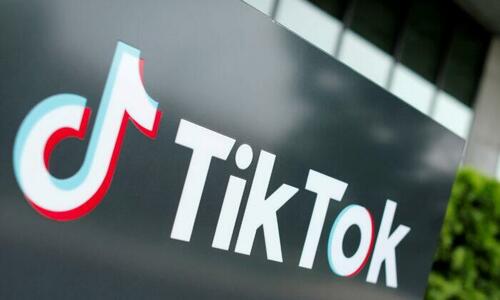 A deal between TikTok and the Biden administration has run into more delays over national security concerns that US officials say the popular social media app poses, according to the Wall Street Journal.

Concerns include how TikTok might share information related to the algorithm it uses to choose which videos users see, as well as the overall level of trust Washington would need to place in the company.

National security concerns aside, many have noted how TikTok displays different content in China vs. the US.

A spokeswoman for the company says TikTok’s parent, Beijing-based ByteDance Ltd., are looking forward to a “timely conclusion to our agreement with the U.S. government, much of which we have already started implementing in earnest, so that we can put these concerns to rest,” adding that the Biden administration hasn’t shared any other remaining, unmet concerns with the company.

According to the report, the delay poses political risks for TikTok, as US lawmakers ramp up political rhetoric against the company – which has spent approximately $9 million lobbying in DC over the past two years, disclosure reports reveal.

The company had previously reached a tentative deal with the U.S. government this summer, but senior U.S. officials, including at the Justice Department, don’t believe that proposed agreement is adequate, according to people familiar with the matter.

The U.S. side of the negotiations is being led by the Committee on Foreign Investment in the U.S., a secretive government panel that reviews business deals for security concerns. The talks have been aimed at reducing Chinese government influence on the U.S. operation, without completely severing TikTok’s Chinese ties, according to people familiar with the discussions.

One issue is where data is housed. Both sides have agreed that TikTok data on US users will be stored on servers hosted by Oracle Corp. TikTok, meanwhile, says it will delete the private data of US users from its own data centers in Virginia and Singapore as it transitions to fully store data with Oracle. The company has also said that access to US data by anyone outside of a newly established division to govern US data security would be limited by, and subject to, its protocols – which would be overseen by Oracle.

Certain administration officials, however, still aren’t comfortable with the arrangement, and have sought to make any TikTok security agreement stronger in some respects over concerns with the company’s access to consumer data, and its potential use for influence operations.

Republicans have been pushing to ban the app altogether.

TikTok claims it doesn’t collect data on search and browsing history outside the app, though it does collect information within the app so that it ‘functions correctly,’ said the spokeswoman. For example, returning relevant search results and ensuring users don’t see the same videos multiple times.

Former US President Donald Trump sought to ban TikTok unless it was a US-owned entity – which President Biden rescinded shortly after taking office in light of legal challenges.

The FBI is concerned

“We, the FBI, do have national-security concerns about the app,” said FBI Director Christopher Wray, speaking at the University of Michigan on Friday. Wray cited the potential for the Chinese government to use the app to collect data on US users, or manipulate the recommendation algorithm to serve propaganda or influence users more broadly.

A lot of people don't understand how TikTok is uniquely insidious and invasive, even when compared to other social media platforms.

From the age demographics, to the algorithms, to the ownership, to the content and policies.

TikTok is cancer (and CCP spyware).

According to Sen. Mark Warner (D-VA), “I think the Justice Department is trying to come up with a solution. I’m going to take a look at a solution, but they’ve got a huge mountain to climb.”