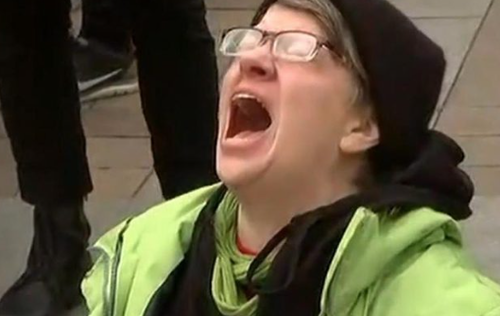 The only thing the left hates more than stock buybacks and billionaires is the fossil fuel industry. On that note, we can picture Senator Elizabeth Warren spitting out her coffee as we speak…and we love it.

That’s because oil supermajor – and one of the best performing, cash gushing stocks over the last several years – Exxon, announced today it is expanding its share buyback program to $50 billion through 2024.

The addition tacks another $20 billion onto the company’s previous $30 billion plan for buybacks through 2023. The plan will now include $15 billion of repurchases this year, which would be the highest annual total since 2013, according to Bloomberg’s data.

The company also set its capital budget for next year at about $24 billion, which comes in “near the top end” of the $20 billion to $25 billion range that was estimated. Bloomberg wrote in a wrapup this morning that “the plan is expected to help the company double earnings and cash flow potential by 2027 as compared with 2019” and laid out other key points from Exxon’s presentation, including the whopper that earnings and cash flow growth are expected to double by 2027:

The buyback can only be described as a massive slap in the face to the Biden administration who, in the midst of a global energy crisis, has taken the stance to demonize fossil fuel companies in the U.S. Most recently, Biden said he was seeking to impose higher taxes on oil firms who do not boost their US production and refining capacity. He called oil companies “war profiteers” in October:

“It’s time for these companies to stop war profiteering, meet their responsibilities in this country and give the American people a break and still do very well,” Biden said during a brief speech at the White House.

“If they don’t, they’re going to pay a higher tax on their excess profits and face other restrictions. My team will work with Congress to look at these options that are available to us and others,” Biden added.

But we’re sure what the Biden administration and his union, laborer-supporting pals are not going to talk about is how workers at Exxon are some of the only few in the nation to get a pay hike that has been higher than the nation’s out of control inflation.

“Workers will receive an average salary bump of 9%, and those who got promoted will see a further 5% increase, according to people familiar with the matter who asked not be identified discussing non-public information,” Bloomberg reported yesterday. It marks Exxon’s biggest salary award in 15 years, the report says.

So while the left hand of the Democratic party bitches and whines about workers being mistreated across the country, the right hand is trying to shut down the “war profiteering” (pause for laughter) that is allowing some of the nation’s energy workers to see an actual real rise in income.

Color us not surprised. Idiotic, circular illogical thinking has been a running theme as oil prices have risen, while at the same time Biden employs the one dimensional solution of draining the nation’s only oil reserves to try and claw back a meaningless, temporary respite at the pump:

We have discussed in detail what a crock of shit Biden’s claims are:

And there’s a way to solve it:

And this is not the way…