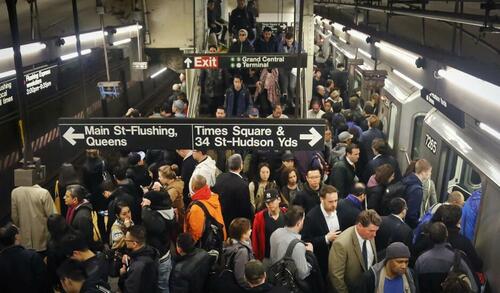 A bill in New York City set to be introduced on Wednesday would ban companies from firing workers without good reason, or “just cause.”

Currently most US employees work “at-will,” meaning they can be fired for just about any reason, or for no reason at all. Under the Wednesday bill, introduced by Democratic Socialist and City Council Member Tiffany Cabán, the power dynamic between workers and employees would radically shift – as jobs would be legally protected unless their boss can demonstrate misconduct, unsatisfactory performance, or a genuine economic need to eliminate their position, Bloomberg Law reports.

The new bill would expand on a pair of laws which took effect in July 2021 which protected non-union, private sector fast-food workers.

The fast-food bill has thus far withstood legal challenges from business groups, such as the NY State Restaurant Association, which is appealing a February ruling by a judge in the Southern District Court of New York who dismissed a lawsuit. Last year the Brooklyn Chamber of Commerce said the fast-food legislation called into question “how we encourage small-business owners who will be vital to New York’s economic recovery.”

“We have no delusions about how hard this fight is going to be,” said Cabán, who is set to introduce the bill on Wednesday amid substantial pushback.

In an interview before becoming City Council speaker, Adrienne Adams, a sponsor of the fast-food worker legislation, said she wanted to see its protections extended to other businesses. “We’ve got a lot of industries where people are just treated lesser than,” she said last year.

The bill would expand protections to employees in retail, finance and other sectors, and would provide carve-outs for construction companies and short-term positions.

It would also limit a company’s ability to use technology to surveil and assess workers’ performance, and would allow the city comptroller to bring cases on behalf of fired employees, Bloomberg reports.

“How can families feel economically safe and secure and build futures here in the city when they don’t know whether they’ll be fired on a whim tomorrow?” said Cabán, who also chairs the council’s Women and Gender Equality committee and co-chairs its LGBTQIA+ Caucus. “If you talk to everyday people, it seems like the most commonsense thing: Well, yeah, my boss should give me a valid reason before terminating my employment.”