Binance’s Alleged Crypto Audit Failed, Not Even Its Auditor Would Vouch For It 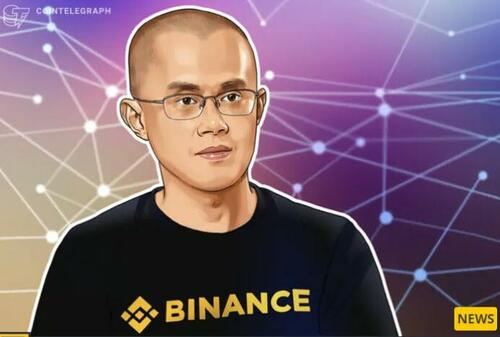 Binance says an audit shows proof of reserves of customer funds. But its auditor will not vouch for the reserves nor the methodology demanded by Binance…

When we say Proof of Reserves, we are specifically referring to those assets that we hold in custody for users. This means that we are showing evidence and proof that Binance has funds that cover all of our users assets 1:1, as well as some reserves.

When a user deposits one Bitcoin, Binance’s reserves increase by at least one Bitcoin to ensure client funds are fully backed. It is important to note that this does not include Binance’s corporate holdings, which are kept on a completely separate ledger.

What this means in actual terms is that Binance holds all user assets 1:1 (as well as some reserves), we have zero debt in our capital structure and we have made sure that we have an emergency fund (SAFU fund) for extreme cases.

The above Proof of Reserves Claim is interesting. If you have assets 1:1 then you should not need an emergency fund for extreme cases.

The pseudo audit was by Mazars, a mid-tier global accounting firm according to the Wall Street Journal.

Binance didn’t specify which of Mazar’s offices would be doing the verification of the reserves. A Mazars spokesman declined comment.

After the collapse of Crypto exchange FTX, Binance Is Trying to Calm Investors, but Its Finances Remain a Mystery.

The first rule in telling the truth is “Don’t lie”.

The second rule in truth telling is to not sound like you are hiding something. This is especially important when overall trust is in the gutter anyway.

This was not an independent audit. Mazars did not describe it that way and the company would not certify the methodology it used. Heck, neither Mazars nor Binance disclosed the precise methodology.

Who was Hillmann parroting in describing the procedure as a audit? Sadly no one asked, but my bet is Hillman was parroting himself or someone else at Binance.

Nor would Binance disclose its parent company due to a 1.5 year reorganization. WTF?

@cz_binance talk is the cheapest and not so sweet. His word is mud

Binance in Hot Water After Moving $2.7B Out of Proof of Reserves Wallethttps://t.co/fv1RamYiSY https://t.co/NfGf3QPzBB

Binance is receiving flak from the crypto community after moving $2.7 billion out of its proof-of-reserves wallet. The exchange responded, saying the move was to a TRX cold wallet.

The procedure was even more bizarre because it comes on the heels contradictory statements by Binance CEO Changpeng “CZ” Zhao.

If an exchange have to move large amounts of crypto before or after they demonstrate their wallet addresses, it is a clear sign of problems. Stay away. Stay #SAFU. 🙏

“If an exchange have to move large amounts of crypto before or after they demonstrate their wallet addresses, it is a clear sign of problems. Stay away. Stay #SAFU.”

A few weeks ago, CZ declared that it’s bad news when exchanges move large amounts of crypto to prove their wallet address.

Cryptocurrency exchange Binance is moving large amounts of cryptocurrency as part of its proof-of-reserve (PoR) audits, according to its CEO, Changpeng “CZ” Zhao.

“The auditor requires us to send a specific amount to ourselves to show we control the wallet. And the rest goes to a change address, which is a new address. In this case, the input tx is big, and so is the change.”