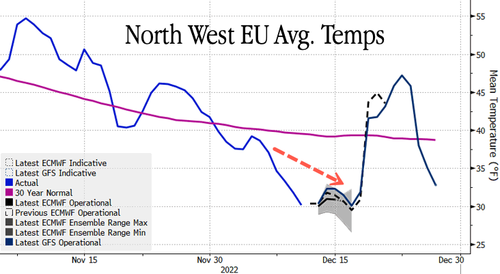 Europe’s cold blast is due to a weak, polar vortex split in the stratosphere, which allowed high pressure to build across Greenland last week. As a result, Arctic air poured over the energy-stricken continent, sending natural gas and power prices higher.

In the North West region, temperatures are forecasted to average around 30 degrees Fahrenheit this week, about 10 degrees less than the 30-year mean.

A similar setup is for Central Europe. 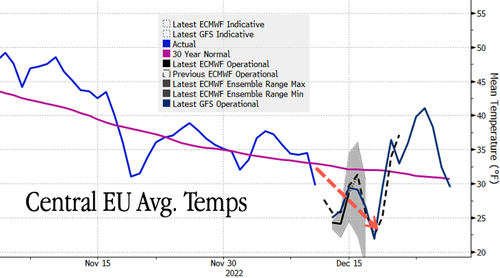 The arrival of the cold snap has already sent UK electricity prices to record highs. 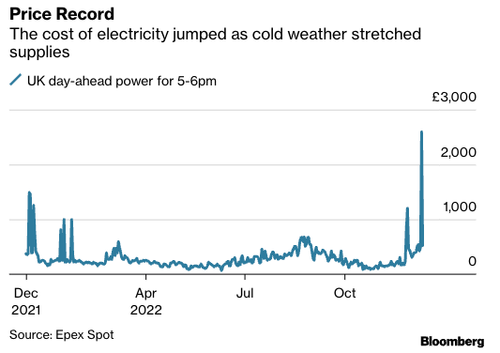 Bloomberg’s energy crisis index shows gas storage percentages full for top European countries have already flipped from injections to drawing season. Power prices in France, Germany, Italy, and the UK are elevated as the cost of producing electricity is surging. 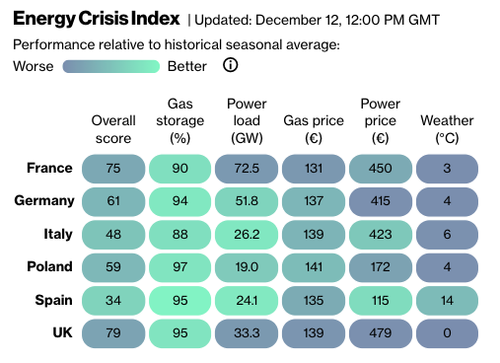 Here’s a better view of the gas storage situation. Even though significant progress was made to refill storage in an unusually warm autumn, cold snaps will draw down supplies much quicker as supply gaps persist due to Russian flows to the continent severed at some key entry points. 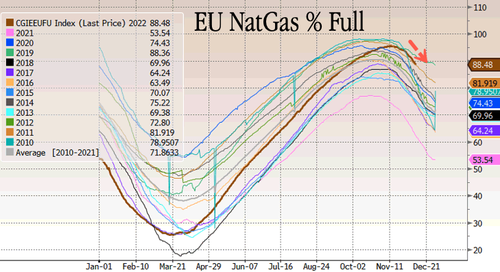 “The first winter blast is placing a heavy strain on European power grids, after a mild autumn allowed utilities to replenish depleted natural gas reserves. The energy crunch has forced some countries to return to coal, with the UK’s National Grid asking two coal-fired units from its winter reserve to run on Monday,” Bloomberg reported.

The arrival of the cold blast is Europe’s first real test of the power grid and NatGas supplies. All eyes will be on the rate of drawdown of NatGas storage.